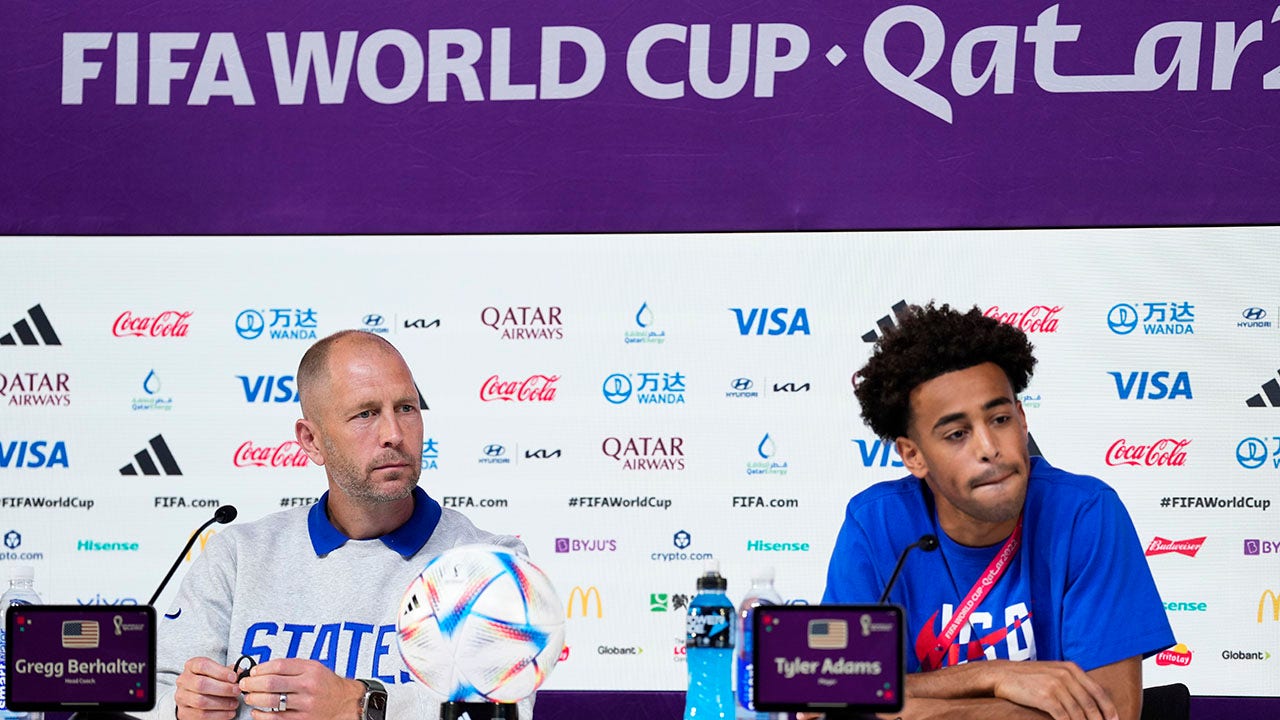 American soccer’s Gregg Berhalter and Tyler Adams took part in a tense news conference ahead of their match against Iran on Tuesday, a do-or-die situation for the Americans.

Adams was asked about discrimination against blacks in the US and was criticized for pronouncing Iran as «Eye-ran» instead of «E-ran». Berhalter faced questions about US naval and immigration policy.

Tyler Adams attends a news conference on the eve of the Group B World Cup match between Iran and the United States in Doha, Qatar, Monday, November 28, 2022.
(AP Photo/Ashley Landis)

A reporter from Iran’s Press TV chastised Adams for the pronunciation of Iran, then asked, «Is it okay to represent a country that has so much discrimination against black people?»

«My apologies for the mispronunciation of your country,» said Adams, who is black and grew up in a white family. «That being said, there is discrimination everywhere you go. One thing I’ve learned, especially from living abroad in recent years and having to fit in with different cultures and assimilate into different cultures, is that in the US we’ I continue to progress every day.»

Berhalter faced a question about the US military’s presence in the Persian Gulf.

WORLD CUP 2022: SOUTH KOREA COACH PAULO BENTO YELLS AT THE REF FOR THE END OF THE MATCH

«Sports is something that should bring nations closer together and you are a sportsman,» asked a reporter. «Why shouldn’t you ask your government to withdraw its military fleet from the Persian Gulf?»

Berhalter made it clear that he did not know enough about the geopolitical climate to discuss US military maneuvers or immigration policies since he is a football coach.

«I don’t know enough about politics, I’m a soccer coach,» he said. «I’m not very well versed in international politics, so I can’t comment on that.»

Berhalter has apologized for the US Soccer Federation’s social media posts that left the Islamic Republic’s emblem off the Iranian flag for a day. Iran asked FIFA to expel the United States from the World Cup for this. The posts were meant to support protesters in Iran.

Gregg Berhalter and Tyler Adams faced unusual questions during a press conference in Doha, Qatar, on Monday, November 28, 2022, one day before their match with Iran.
(AP Photo/Ashley Landis)

«We had no idea what US Soccer had to offer,» Berhalter said. «All we can do on our behalf is apologize on behalf of the players and staff.»