The most expensive tolls in Colombia – Sectors – Economy 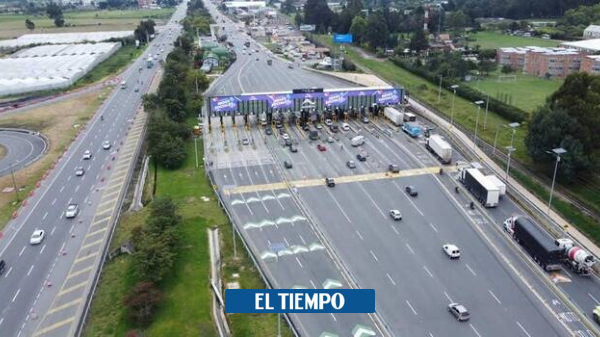 During vacation times, it is common for several Colombian families to go to other cities in the country to enjoy their rest and that these trips are made by road.

However, beyond enjoyment, car trips in Colombia have their ‘buts’: one of them is that the country is one of those in Latin America with the largest number of tolls, with about 180 (174 in total).

Keep in mind that the tolls have the maintenance and repair of roads as financial functionality. However, its cost is the center of criticism.

The five most expensive

The 13th Brigade of the National Army carries out a security device at the 13th street tollbooth. PHOTO MAURICIO MORENO EL TIEMPO CEET

In the first place is the Pinpiral toll, on the Bogotá – Villavicencio road, which has a value of $20,000 for category I cars.

In second place is the toll for the Túnel del Oriente, via Medellin – Rionegro, which has a value of $19,900 for vehicles of the same category. It is followed by the San Cristóbal toll, via Medellín – Santa Fe de Antioquia, which costs $18,100.

In fourth position is the Palmitas toll, Via Medellín – Santa Fe de Antioquia, which has a value of $16,200. Y In the last place is the Marahuaco toll, via Cartagena – Barranquilla, which costs $15,200.

‘More than 80% of trips will not raise their rates in 2023’: mintransporte

Risk premium in Colombia: what is it and how is it interpreted? | my finances

Profile of the Colombian debtor for 2023 | my finances