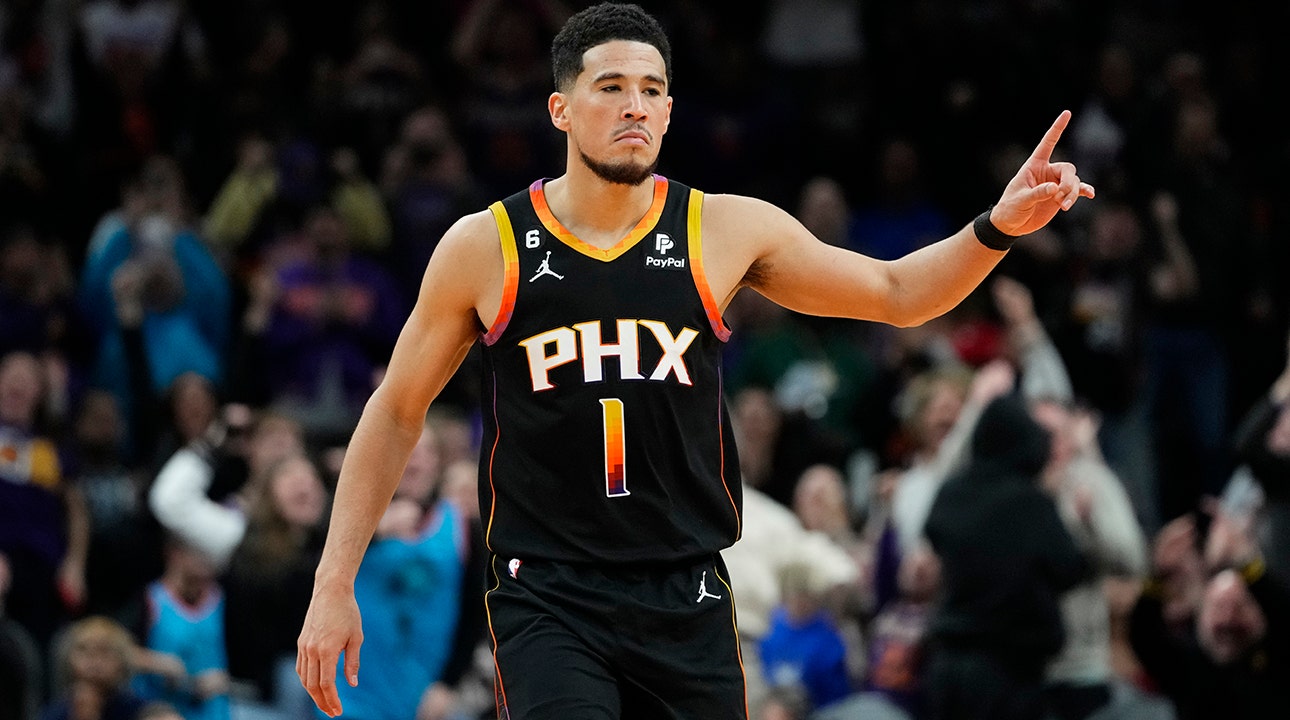 The Phoenix Suns announced that All-Star guard Devin Booker will be out much longer than anticipated as he suffered a left groin strain that will shut him down four weeks before reevaluation.

Booker missed the last three Suns games before Christmas Day as he was experiencing groin pain. But when the Suns had the Denver Nuggets on their schedule for Christmas, he tried to get back on the court.

That turned out not to be the right decision.

Booker played four minutes for Phoenix before having to walk out of the game. For the second half, he was seen in street clothes on the bench cheering on his teammates.

Missing at least a month means Booker will miss at least 15 games. It’s a blow to the Suns as their leading scorer, who is averaging 27.1 points per game so far this season, will be unavailable.

Booker quickly became a scoring threat when the Suns selected him from Kentucky before the 2015-16 season.

After finding his footing after his rookie season, Booker has averaged at least 22 points per game in every season since 2016-17. He’s also been an All-Star for the past three seasons.

With Booker out of the starting five, the Suns have been using Landry Shamet at shooting guard. However, Shamet was ruled out against the Memphis Grizzlies on Tuesday night with a sore right Achilles tendon after having a standout game against the Nuggets on Sunday, scoring 31 points on 10-of-20 shooting in 39 minutes of play. He was 7 of 17 from ground three-pointers with two rebounds and six assists as well.

With Cam Payne and Cam Johnson also dealing with injuries, head coach Monty Williams will have to use Damion Lee and Duane Washington Jr. to fill Booker’s void. There’s also Josh Okogie, who could play small forward, while Mikal Bridges, the starter at that position, moves to shooting guard.

Phoenix Suns guard Devin Booker reacts to a basket during the second half of an NBA basketball game against the New Orleans Pelicans, Saturday, Dec. 17, 2022, in Phoenix.
(AP Photo/Matt York)

The Suns are the current No. 5 seed in the Western Conference with a 20-15 record on the season. They will hope to stay in the playoff race as Booker looks to bounce back.