Soat: this will be the rate increase from January 1, 2023 – Financial Sector – Economy 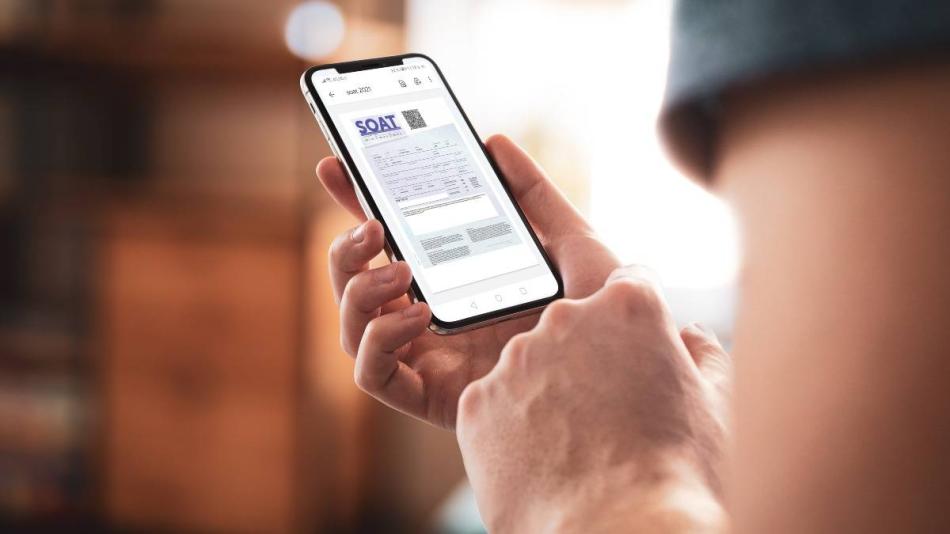 While for 14 categories of vehicles the Government granted a subsidy of close to 50 percent in the cost of the Mandatory traffic accident insurance (Soat)The other types of automobiles will have an increase in the price of that same policy of up to 11.7 percent with respect to the value paid in 2022.

This is established in the circular project that the Financial Superintendency left on its website for market comments and in which it establishes the increase that the Soat will have as of next January 1, 2023. This new cost is assumed when the person who owns the vehicle renews their policy, once it has expired.

(Also read: This will be the surgery that will be done to the Soat in 2023 to correct its gaps)

According to the document, taking into account the recent provisions of the National Government, with which –among other things– they adjusted the Soat rate for some categories of vehicles, and «after applying an optimization process, a sufficiency of premium of 57 percent for the categories of the differential range and of 3.67 percent for the other categories».

That sufficiency indicates that the value of the premiums issued in the Soat was above the cost of the registered claims, which allows this year to adjust the maximum rates expressed in current legal daily minimum wages (smdlv). The foregoing, they add, «in order to maintain the stability of the scheme in compliance with the principles of equity, sufficiency and moderation that should govern the determination of the rates established by law.»

(You may also be interested in: Avianca changes pet policy on flights: these are the new measures)

According to the document, taking into account the recent provisions of the National Government, which adjusted the Soat rate for some categories of vehicles, among others, and «after applying an optimization process, a premium adequacy of 57 percent was obtained as a result. percent for the categories of the differential range and 3.67 percent for the other categories”.

This sufficiency indicates that the value of the premiums issued in Soat was above the cost of the registered claims, which allows this year to adjust the maximum rates expressed in legal minimum daily wages in force (smdlv) “in order to maintain the stability of the scheme in compliance with the principles of equity, sufficiency and moderation that should govern the determination of the rates established by law”.

(You can also read: In one week the SOAT expedition for motorcycles grew by 474.1%)

According to the table contained in the draft circular of the Financial Superintendence, the adjustment of the Soat rate in 2023 will be between 1.68 and 25.39 smdlv, the latter for vehicles of more than 15 tons. And the cost of Soat for family vehicles will have an adjustment of between 6.98 and 11.79 smdlv, depending on their age and cylinder capacity.

Although the value of this policy will have a adjustment of that 11.7 percent, as proposed by the Financial Superintendency, it must be remembered that the Government, through Decree 2497 of 2022, set a differential rate for 14 categories of vehicles, among which are mopeds, motorcycles of less than 100 cc, motorcycles of 100 cc and up to 200 cc, business cars, taxis, urban minibuses and urban public service. This measure, which came into effect on December 19It was stipulated in order to stimulate the purchase of this mandatory policy and reduce its evasion in the country.

After a week of entry into force of this benefit of about 50 percent in the cost of Soat for the mentioned categories, the part of the insurance industry is positive.

Preliminary figures from the Federation of Colombian Insurers (Fasecolda) indicate that between December 19 and 25 more than 431,000 policies were solda growth of more than double (118 percent) if compared to the immediately previous week.

Motorcycles, which appear as the vehicles that grew the most in circulation without compulsory insurance, were the ones that were issued the most policies in the analyzed week, which produced almost six times more (474.1 percent) compared to the week from December 11 to 18, when the benefit was not yet in force. Thus, they went from 47,332 to 271,678 policies sold.

(We recommend: Ministry of Finance reveals its economic projections for 2023)

The benefits in the first week have meant savings of 76,306 million pesos for the buyers of this insurance, because –according to the union– the value of these policies would have been 152,489 million pesos, but with the benefit they actually cost 76,183 million.

Fasecolda’s preliminary balance of the first week of the subsidized Soat also allows us to estimate that one in every 30 motorcycles that evaded the obligation would have acquired this insurance.

On the other hand, according to estimates by EL TIEMPO, The normal sale of these policies is just over 63,000 per week..

In this way, 208,000 policies corresponded to motorcyclists who had been evading, that is, 3 percent of the 6.4 million motorcycles that, according to Fasecolda, do not pay insurance. Therefore, to reduce tax evasion to zero we have to maintain that sales rate for 30 weeks.

The union also points out that of the 17.6 million vehicles that circulate in the country only 9.3 million have a valid status, that is, 47 percent evade compliance with this obligation. And in what has to do with motorcycles, 66 percent do not purchase insurance, statistics that the Government intends to change with the discount measure.

Ángela Húzgame, director of the Fasecolda Soat Chamber, said that the issue of the policy is historic. «We hope that evasion begins to decrease and that people comply with the obligation to purchase insurance,» said the directive. In addition, they stressed that «in order to continue saving the lives of those who are victims of traffic accidents, it is necessary that we all contribute to the acquisition of this policy.» because said rate «also had good behavior on the roads.»

Both motorcyclists and private vehicle owners have continued to respond to the Government’s initiative to ease the burden, especially for the poorest people.

(Also: Companies that sell Soat at a 50% discount: what are they?)

Industry statistics indicate that, in the last week, insurance companies 275,470 SOAT policies have been issued to vehicles of the 14 categories benefited from the discount. This is 470.6 percent more compared to those sold in the week of December 12 to 18, when there were only 48,277.

Meanwhile, the issuance of Soat for vehicles in categories not covered by the subsidy only grew 4.8 percent, to 156,078 policies in the same period.

By region, it can be seen that Valle has registered the greatest increase, with 195.1 percent (almost triple). There it went from 19,200 policies issued in the week of December 12 to 18 to 56,700 with a cutoff of December 25. It is followed by Cundinamarca, which in the last week increased a growth of 168 percent, with close to 42,000 issues, and Santander, which issued more than 25,000 new policies, which meant an increase of 166 percent, Fasecolda said.

Then Antioquia is locatedwith an increase of 115.2 percent, and Bogotá, which obtained 40.1 percent more shipments.

«In just eight days we see with satisfaction that citizens have come to purchase the insurance that saves lives. The insurers remain committed to the implementation of the 50 percent discount on the value of this policy and we want to invite you to have good behavior on the roads this year-end”, said David Colmenares, president of the Fasecolda board of directors.

Although the recent measures adopted by the National Government to alleviate the costs of Soat for low-income people are giving results, the Executive plans to make a series of adjustments to the policy next year, for which it is working on a bill which will be presented to the Congress of the Republic in March.

As anticipated by EL TIEMPO the week before, the fundamental axes of the transformation of Soat have to do with the use, coverage, costs and operation. One of the main changes sought is that every vehicle registered in the Single National Traffic Registry (Runt) must have Soat whether or not it circulates on the country’s roads.