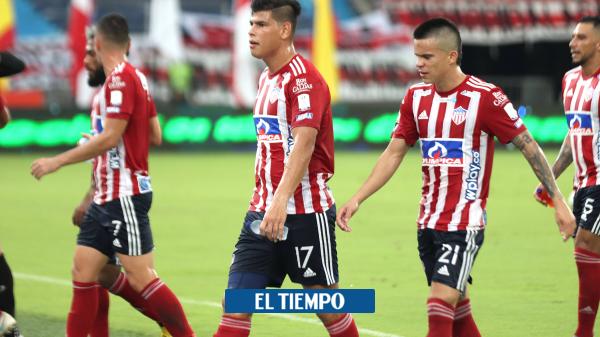 Junior from Barranquilla made a huge investment in 2022 and the results were not as expected. The team ends the year without winning any title and qualifying for the Copa Sudamericana as a consolation prize.

Junior did not reach the final of either of the two leagues: in both he was eliminated in the semifinal home runs. In addition, he lost the final of the Colombia Cup against Millonarios. For this reason, he began to strengthen his ranks to have a better 2023.

Players who already got Junior for 2023

In addition, from Barranquilla FC, from B, three players will rise to the professional squad: Léider Berdugo, Jhon Vélez and Luis Fernando ‘Chino’ Sandoval, who returns to the Junior first team.

Now, Junior is very close to the return of another player with a recent past in the institution, in a position in which he urgently needs reinforcements. It should be remembered that the club had reached an agreement with Marlon Torres, who came from America, but the player did not pass the medical examinations.

In the next few hours the central defender should arrive in Barranquilla rafael perez, who on January 9 will be 33 years old. Pérez disassociated himself from Talleres de Córdoba and has already said goodbye to his colleagues.

The man from Cartagena was in Junior between 2017 and 2019, with 83 games played in the League and one goal scored. He previously played for Real Cartagena, Medellín, Santa Fe, Portuguesa in Brazil, Lovech and CSKA Sofia in Bulgaria.

Pérez won two league titles and a Colombian Cup with Junior and was a key player in the campaign that led the team to the 2018 Copa Sudamericana final, in which they lost on penalty kicks against Athlético Paranaense, from Brazil.