Pelé: history of the nickname of Edson Arantes do Nascimento, king of soccer – International Soccer – Sports 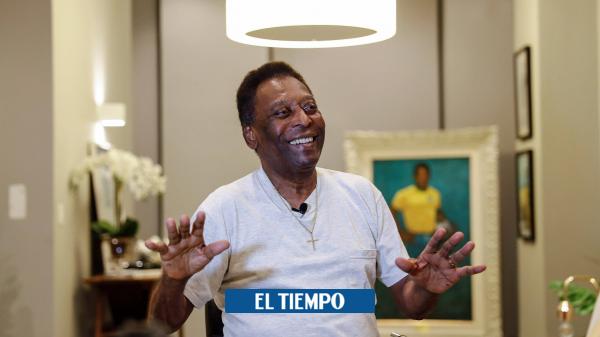 Edson Arantes do Nascimentowho has been hospitalized for a month at the Albert Einstein Israelite Hospital, in São Paulo (Brazil), has always been distinguished as Pelé.

Although over time that name of two syllables was his biggest flag, the reality is that ‘Pelé’ was not the name of the greatest symbol in the history of Brazilian football.

However, the birth of the name of the three-time world champion did coincide with the moment in which his passion for football was forged. Hence, the most just thing for his nature was that his legend was contained in him.

Why do they call him Pelé?

In the fifties, after the inconceivable Maracanazo and the suicide of the populist Getúlio Vargas, in Brazil reigned the virlatas complex (the stray dog ​​complex), as the journalist and writer Nelson Rodrigues coined it.

In the midst of the tension due to the ideological dispute that was prostrated over the world – and Brazil was no exception -, Juscelino Kubitschek was in charge of promoting, from the Presidency, the rebirth of Brazil with his plan of «50 years in 5» . In football, the call to revive hope was Edson Arantes do Nascimentothe popular Pele.

Edson, who was named in honor of Thomas Edison, the inventor of the light bulb, was born the same year in which a knee injury reduced the professional hope of striker ‘Dondinho’, his father, who, along with formal work, I played in a minor team.

Then, with its own brilliance, Edson earned his immortal nickname between balls.

Accustomed to following the amateur club in which dad was active, the ‘menino’ celebrated every save by the friendly goalkeeper chanting his name: “Bilé!, Bilé!”.

Later, when it was his turn to put himself in the goal, he would shout again with emotion: «Bilé!, Bilé!».

History recalls that his genuine exaltation overlooked the mispronunciation. The one that led colleagues and family members to nickname him for what they understood: Pelé.

This is how his legend was born.