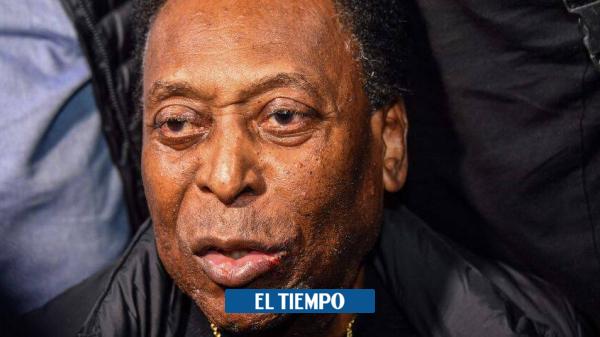 The family of Edson Arantes do Nascimento ‘Pele’ He said this Wednesday that he is experiencing moments of «great sadness and despair» mixed with «funny memories», in the hospital where the Brazilian star has been for almost a month.

These moments are hard to explain. Sometimes they are very sad and desperate, other times we laugh and talk about funny memories,» said Kely Nascimento, one of the daughters of ‘O Rei’, in a message posted on her social networks.

The 82-year-old triple world champion is admitted to the Albert Einstein Hospital in Sao Paulo since last November 29 to reassess chemotherapy treatment against colon cancer diagnosed in 2021 and treat a respiratory infection.

On December 21, the team of doctors said that the cancer had advanced and that the former striker Saints required «greater care» related to «dysfunctions» in the kidneys and heart.

Pelé is supported at all times by his wife and children, who, through social networks, are sharing their experiences from inside the hospital.

a lot of union

Likewise, the mythical 10 de la Canarinha has recently received a visit from two of his grandchildren, sons of sandra queenthe daughter that Pelé only recognized by judicial decision and who died of cancer in 2006, according to the photograph shared today by Kely Nascimento.

«And what we learn the most from all this is that we have to get closer to each other and stay close. That’s the only way it’s all worth it. With everyone together,» Pele’s daughter said on her Instagram profile.

Pelé’s delicate health, considered by many to be the best soccer player of all time, has generated worldwide concern and, at the same time, various tributes around the planet since his hospital admission.

In this context, Santos, the Brazilian club where he became a world icon and where he played for nearly two decades, has decided to include a crown in honor of its «king» on its shield.
(Shakira: a health problem will jeopardize a trip to Miami, and Piqué?) (The Necaxa shirt in tribute to Don Ramón, video)