Patrick and Brittany Mahomes announce the birth of their second child 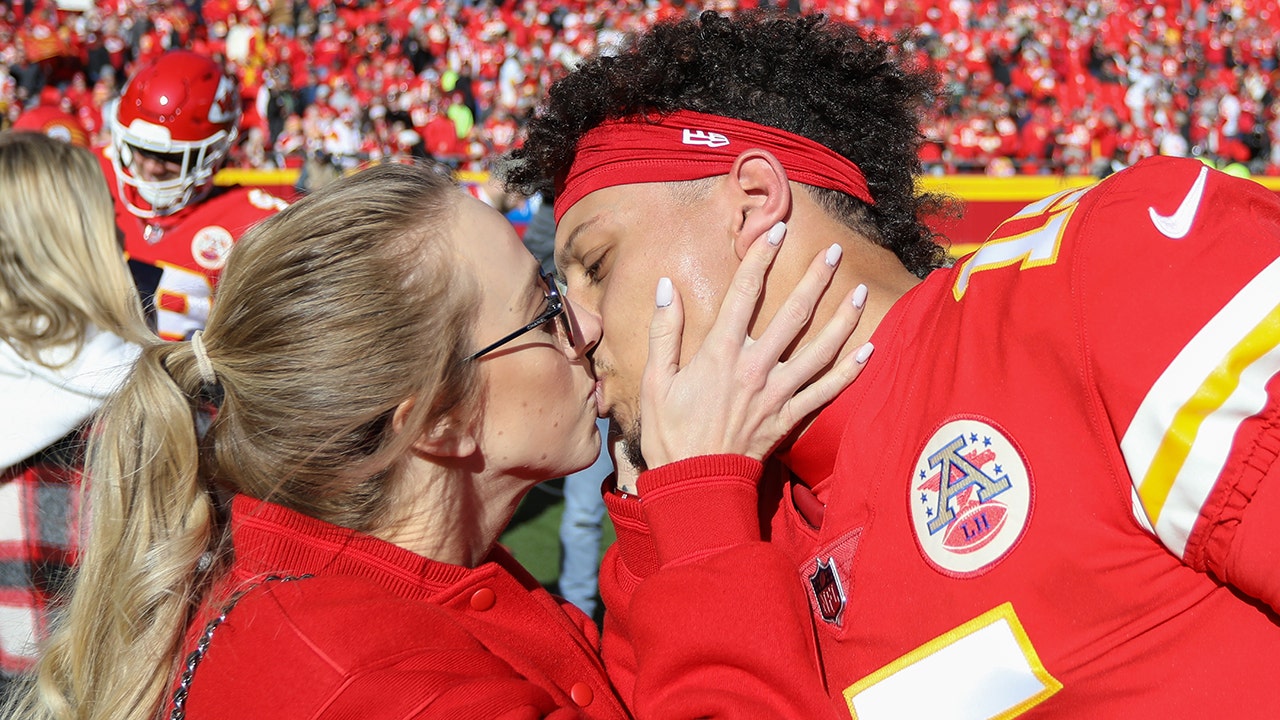 Kansas City Chiefs star Patrick Mahomes and his wife Brittany welcomed their second child Monday night with the boy named after the quarterback.

Patrick «Bronze» Lavon Mahomes III was born at 7 pounds, 8 ounces, the loving parents wrote on social media. The quarterback, who is named after his father, former baseball pitcher Pat Mahomes, posted a photo of the baby’s feet dressed in overalls. The piece of jewelry under the baby’s feet read: «Bronze.»

The two revealed that they were having a boy in June. Her second baby comes more than a year after Brittany gave birth to her daughter, Sterling Skye Mahomes.

Brittany Matthews, then girlfriend of Kansas City Chiefs quarterback Patrick Mahomes, looks on before a game against the Denver Broncos at Empower Field at Mile High on October 17, 2019 in Denver, Colorado.
(Justin Edmonds/Getty Images)

They started dating at Whitehouse High School in Texas when the quarterback was a sophomore and the football player was a junior. Brittany played soccer at the University of Texas at Tyler and briefly played abroad.

Brittany in recent years developed Brittany Lynne Fitness and built a huge following on social media. She is routinely seen on the sidelines supporting her husband as he tries to win another Super Bowl.