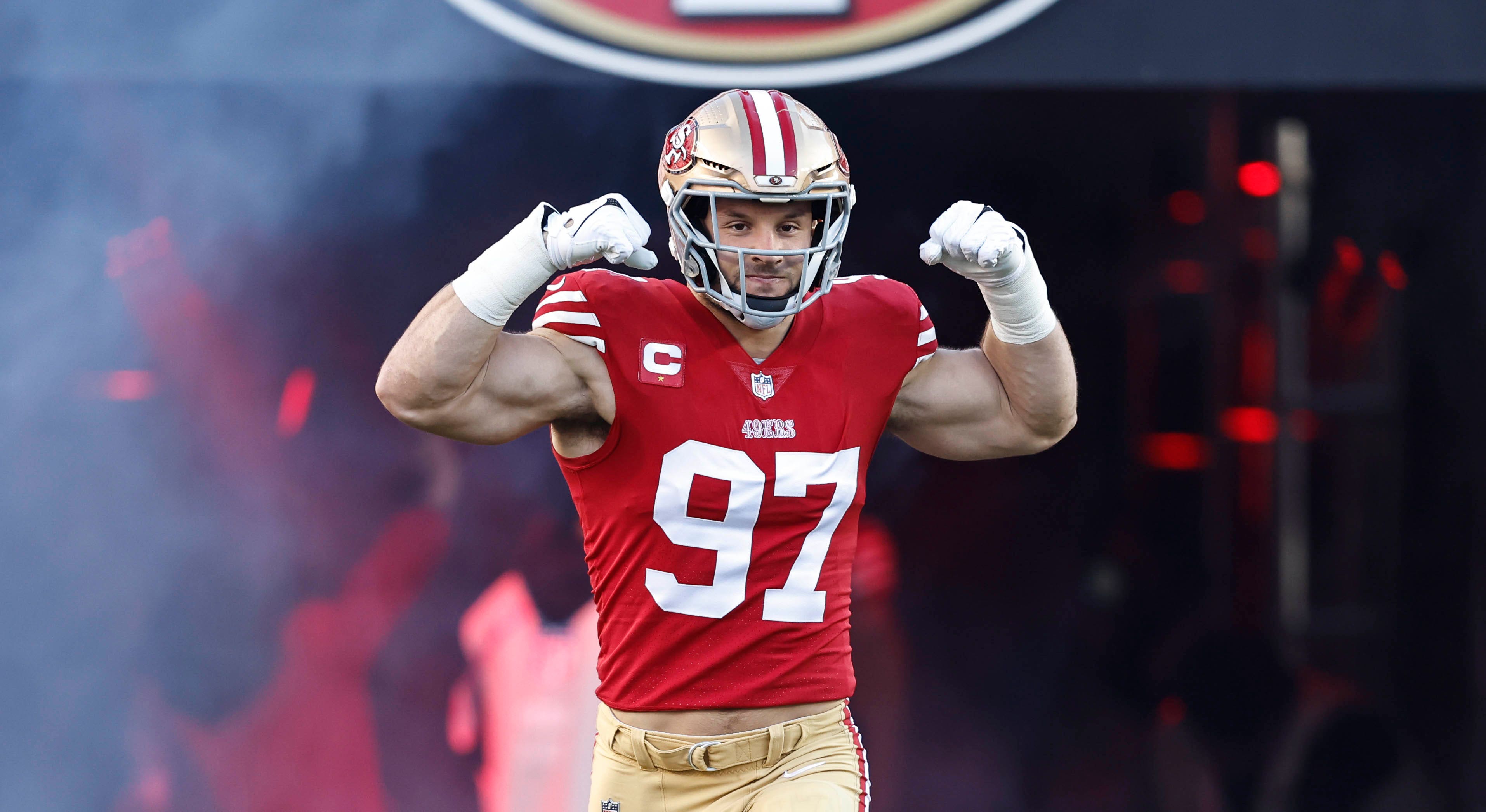 The NFL divisional round produced some great matchups to watch in the conference championship games this Sunday.

If Fox’s divisional round ratings are saying anything, it’s that many will be tuning in to see who advances to this year’s Super Bowl.

It was a record weekend for Fox, which received 28.6 million viewers during the New York Giants-Philadelphia Eagles matchup on Saturday night, which the Eagles won convincingly, 38-7.

Jalen Hurts of the Philadelphia Eagles runs the ball against the New York Giants during an NFC divisional playoff game at Lincoln Financial Field on January 21, 2023 in Philadelphia.
(Mitchell Leff/Getty Images)

Then, on Sunday night in the Bay Area, the Dallas Cowboys took on the San Francisco 49ers, a highly anticipated matchup that was reflected in the number of viewers with 45.7 million tuning in.

It was the second-most-watched NFL divisional playoff game on record, trailing only the 2017 Green Bay Packers-Cowboys matchup that drew 48.5 million viewers on Fox. And that’s 7% more than the comparable window of the year. past in which 42,739,000 people tuned in to a game that ended in overtime.

But that is not all. This game was the most watched telecast of any kind on any network since last year’s Super Bowl between the Cincinnati Bengals and Los Angeles Rams.

Christian McCaffrey of the San Francisco 49ers carries the ball against the Dallas Cowboys during the first quarter of an NFC divisional playoff game at Levi’s Stadium on January 22, 2023 in Santa Clara, California.
(Thearon W. Henderson/Getty Images)

Many also broadcast this game, as 1,860,006 viewers made it the most-broadcast divisional playoff game in history and the third-most-broadcast NFL game in Fox Sports history.

The Eagles will host the 49ers on Fox this week in a matchup that features playmakers for each team on both sides of the ball.

Jalen Hurts, AJ Brown and company will face the best defense in the league, while the best defense and pass rush in the NFL will look to stop Christian McCaffrey on the ground and have rookie Brock Purdy hit them with the arm.

Nick Bosa of the San Francisco 49ers reacts as he walks onto the field before an NFL Divisional Round playoff game against the Dallas Cowboys at Levi’s Stadium on January 22, 2023 in Santa Clara, California.
(Michael Owens/Getty Images)

After this matchup and the Bengals against the Kansas City Chiefs in the AFC, the Super Bowl will be ready and will be broadcast on Fox this year on February 12 from State Farm Stadium, home of the Arizona Cardinals.