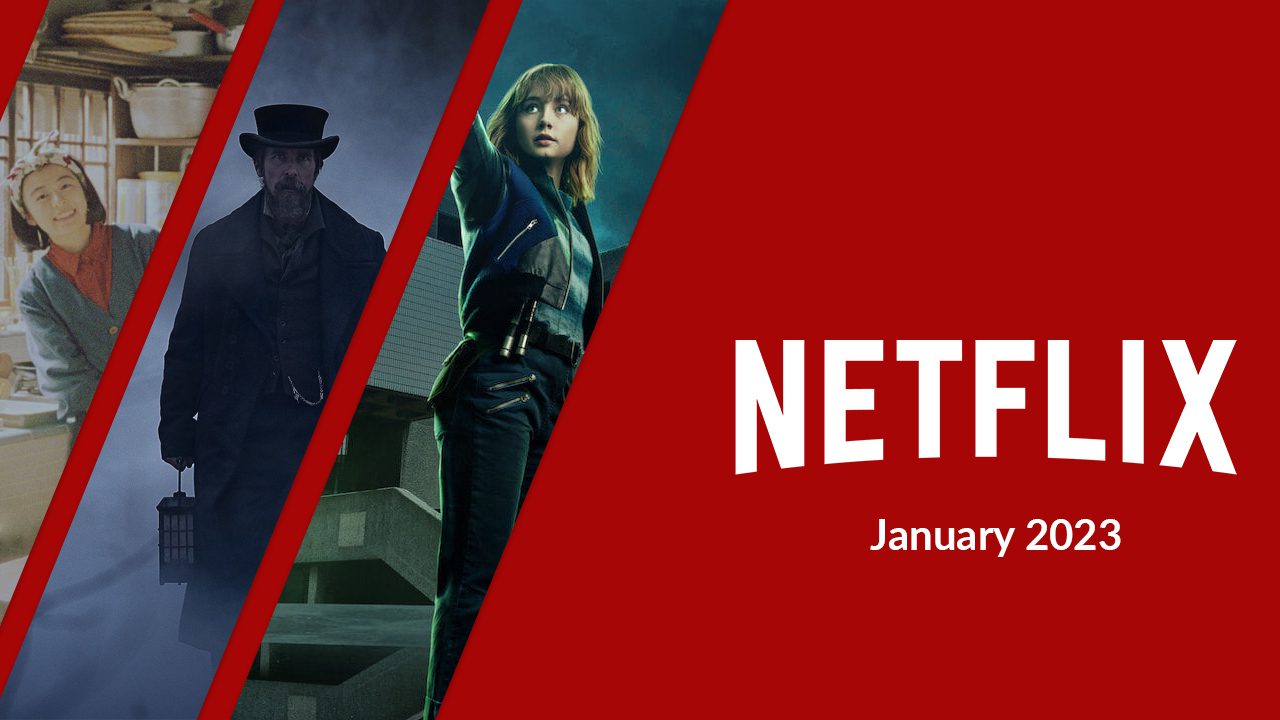 Welcome to a preview of the Netflix Originals coming to Netflix in the first month of 2023. Below, we’ll be listing all the exclusive projects coming to Netflix globally throughout the month, whether they’re new movies or series.

As we take a look at what’s coming to Netflix in 2023, you might be interested in our full preview of the new series, returning series, or new movies on the way.

Note: Some of the dates listed below have not yet been officially confirmed by Netflix and are labeled as subject to change as a result. Christian Bale will suit up for his first big Netflix original movie (also set to hit theaters this Christmas) which will adapt the Louis Byard novel.

Here is the official logline for The pale blue eye:

“West Point, 1830. A world-weary detective is hired to discreetly investigate the gruesome murder of a cadet. Hindered by the cadets’ code of silence, he enlists one of them to help unravel the case: a young man the world would come to know as Edgar Allan Poe.»

Coming to Netflix: 12th of January As part of a three-season order, Vikings: Valhalla will return for a second season along with some new faces.

Season 2 of Vikings: Valhalla meet our heroes shortly after the tragic fall of Kattegat; an event that has shattered their dreams and altered their destinies. Suddenly found on the run in Scandinavia, they are forced to test their ambitions and courage in worlds beyond the Kattegat fjords.

A spin-off of the reality series Bling Empire, which is currently in its third season.

This new entry will see a «new batch of rich, sophisticated and hilarious Asian-Americans from New York City.» This highly anticipated British mystery-fantasy series will be one of Netflix’s first major TV releases in 2022.

Here’s what you can expect from the new series:

«A girl with extraordinary psychic abilities teams up with two talented teenage boys at a small ghost-hunting agency to battle the many deadly spirits that haunt London.»

Among the cast are Ruby Stokes, Cameron Chapman, Ali Hadji-Heshmati and Jack Bandeira.

Netflix Originals in languages ​​other than English available in January 2023

The lying life of adults Drama series based on the book by Elena Ferrante, directed by Edoardo De Angelis and starring Valeria Golino.

Here is the official logline:

«The young Giovanna navigates her passage from childhood to adolescence as she experiences the different sides of Naples during the 1990s.»

woman of the dead

A new Austrian thriller series based on Bernhard Aichner’s book of the same name first announced in February 2022.

The series sees a woman expose a small community with a deep and ugly secret after searching for answers about who killed her husband.

The series is created by Barbara Stepansky, Benito Mueller, and Wolfgang Mueller. The search for her missing daughter leads a mother into a support network, where she connects with other women whose lives have been destroyed by violence. Mexican film starring Julieta Egurrola, Teresa Ruiz and Kenya Cuevas.

The Makanai: Cooking for the Maiko House Based on the anime and manga (written by Aiko Koyama), this live-action series adaptation is a co-production between Netflix, Story Inc., and BUN-BUKU Inc.

The eight-episode series follows Kiyo, who becomes a Makanai (person who cooks) in a house where Maiko (apprentice geisha) live together. Alex Pina, the creator of Netflix’s Money Heist, will return to serve as executive producer alongside fellow creator Esther Martínez Lobato on the third and final installment of the Spanish series.

“The greater the calm, the wilder the storm. The Final Chase arrives on Netflix on January 13. From the prolific mangaka, Junji Ito comes a new horror anthology series featuring 20 of his most iconic stories, including stories from Tomie, Souichi and The Hanging Balloons. 6 episodes will be released in total. Against the ropes – Picture: Netflix

Life is like wrestling: every key has its counterkey. Angela will have to transform into the Black Bride and fight with everything to win back the love of her daughter. This new mystery-thriller series asks one simple question: «Where is Amaya Martin?»

Milena Smit, Jose Coronado and Aixa Villagrán lead the cast of this thriller based on the homonymous book by Javier Castillo.

The way of the househusband (Season 2) A second season of The Way of the Househusband anime series will be released in January 2023.

Editor’s Note: Wellmania was previously expected to launch in January 2023, this date has now been moved to March 31.

Which new Netflix Originals are you most excited to see in January 2023? Let us know in the comments below.