NBA hands out 11 suspensions in connection with Pistons-Magic fight 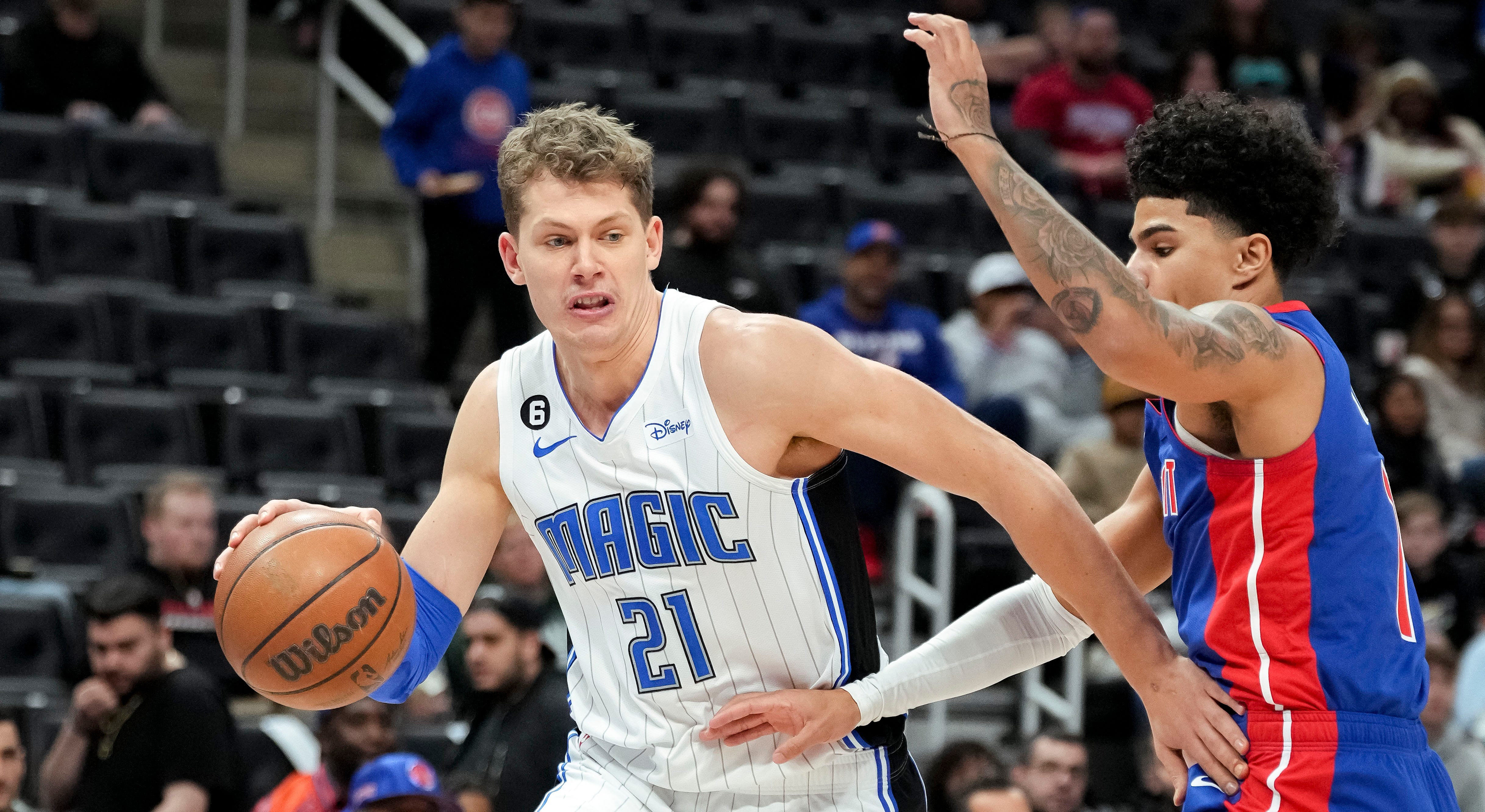 The NBA handed out a bunch of suspensions to players involved in the Detroit Pistons-Orlando Magic brawl on Wednesday night in the Motor City, according to multiple reports.

Pistons rookie guard Killian Hayes received the largest suspension of the 11 players, as he will have to sit out three games after hitting Magic forward Moe Wagner in the back of the head.

Hayes’ hit came after Wagner’s decision to push Hayes into his own bench as they chased down a loose ball started it all. Wagner will serve two games, while Pistons guard Hamidou Diallo will also get a game after coming to Hayes’s defense and pushing Wagner to the Pistons’ bench as well.

Moritz Wagner, #21 of the Orlando Magic, is ejected from the game against the Detroit Pistons during the second quarter at Little Caesars Arena on December 28, 2022 in Detroit.
(Nic Antaya/Getty Images)

However, the Magic will have some interesting roster work to do, as eight players plus Wagner will be suspended. Cole Anthony, Mo Bamba, Wendell Carter Jr., RJ Hampton, Gary Harris, Kevon Harris, Franz Wagner and Admiral Schofield will have to miss one game.

FIGHT SETS UP IN PISTONS-MAGIC SHOWDOWN, LEADS TO MULTIPLE EJECTIONS

The players are not allowed to leave their bench, but once the fight started, many on the Orlando side rushed to Wagner’s aid, leading to a huge skirmish.

Thankfully, it wasn’t a «malice in the palace» situation, as the public address announcer can be heard urging fans to stay in their seats lest they make anything worse.

Killian Hayes, #7 of the Detroit Pistons, shoots a three-point basket during the game against the Orlando Magic on December 28, 2022 at Little Caesars Arena in Detroit.
(Chris Schwegler/NBAE via Getty Images)

When matters were resolved during the game and the officials deliberated, Wagner was given a flagrant foul 2 and ejected from the game. However, Hayes and Diallo were also sent to the locker room for an early shower.

LEBRON JAMES, IN HIS 20TH NBA SEASON, ON THE LAKERS’ ONGOING STRUGGLES: ‘I’M A WINNER, I WANT TO WIN’

The Pistons entered the locker room with a huge lead over the Magic, 66-47, and would finish the game with a 120-101 victory.

Moritz Wagner, #21 of the Orlando Magic, handles the ball against Killian Hayes, #7 of the Detroit Pistons, during the first quarter at Little Caesars Arena on December 28, 2022 in Detroit.
(Nic Antaya/Getty Images)

Hayes had five points, three assists and two rebounds, and Diallo had 11 points with five rebounds off the bench. Wagner finished his night with seven points, four rebounds and one assist.