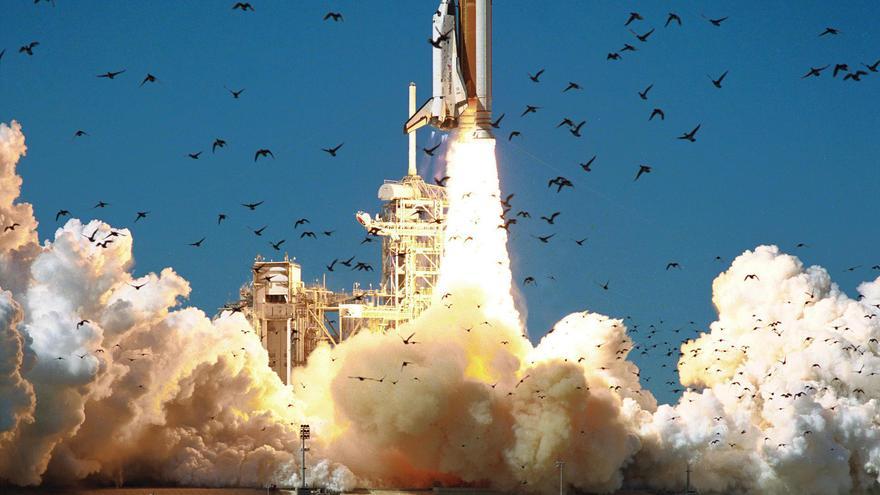 An «artifact» of challenger Shuttle, which in 1986 disintegrated 73 seconds after its launch and killed seven astronauts, has been discovered in waters near Florida, in the Bermuda Triangle, by documentarians looking for the remains of a World War II plane .

The US space agency (NASA) revealed this Thursday that its specialists confirmed that the discovery made byr a History Channel film crew it is «an artifact from the space shuttle Challenger,» which exploded nearly 37 years ago.

The pay TV channel notified NASA of the discovery.

«Divers noticed a large human-made object partially covered by sand on the seafloor,» NASA says on its website.

According to the space agency, «proximity to Florida’s Space Coast, along with the modern construction of the object and the presence of 8-inch (20.3 cm) square tiles,» led the documentary crew to contact NASA.

The Challenger disintegrated just over a minute after leaving the Kennedy Space Center in Florida, due to a series of technical failures in the «O» rings, some joints that seal the propulsion rocket that projects the ship.

This produced a gas leak that punctured the main tank and engulfed it in flames.

As it ascended, the vehicle began to crack in some places from the pressure and broke apart. Seconds later, the crew cabin, which did not have an emergency hatch as it was considered a very safe vehicle, fell uncontrollably into the sea.

Aboard Challenger, which carried out the STS-51L mission, were astronauts Michael Smith, Dick Scobee, Judith Resnik, Ronald McNair, Ellison Onizuka and Gregory Jarvin, as well as Professor Christa McAuliffe, who participated in a new educational program from the POT.

The loss of Challenger, and later Columbia with its seven astronauts, which broke up on return in February 2003 over the western United States, created an Office of Security and Mission Assurance, in addition to developing new risk assessment procedures, recalls NASA.

In addition, because of these events, the Apollo-Challenger-Columbia Lessons Learned Program was created «to share these lessons within the agency and with other government, public, commercial and international audiences,» he added.

NASA said it «is considering what further actions they can take with respect to the artifact, which will appropriately honor the legacy of the fallen Challenger astronauts and the families who loved them.»

«By law, all space shuttle artifacts are the property of the United States Government,» he said.

The History Channel documentary is scheduled to air on November 22, NASA said.