Michael Schumacher: What is known about his health 9 years after the accident – Motorsport – Sports 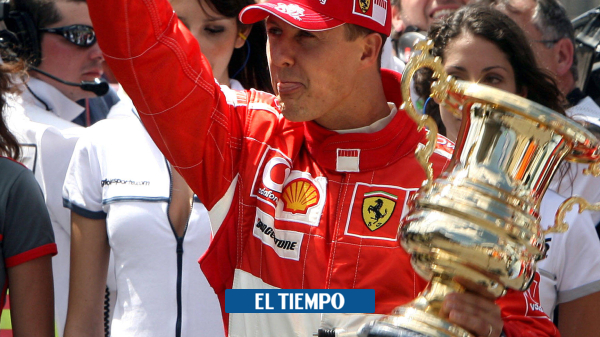 Michael Schumacher, Seven-time Formula 1 champion, he is celebrating his nine-year anniversary this Thursday since the accident that left him bedridden and his state of health continues to be managed with great secrecy by his family.

Schumacher suffered an accident while skiing. He hit a rock and suffered brain damage.

Few statements about his state of health

«Michael is not dead, he is there, but he cannot communicate,» he said sadly. ferrari, son of the legendary Enzo (the founder of the legendary team with which Schumacher dominated F1 between 2000 and 2004), in October this year, at the 2021 Mecenate Dello Sport Award gala.

The pilot’s family did not want to give further details about his situation. Not even now that his son, Mick, is already racing in the highest category of motorsport, with the Haas team. In the first season of him, he went blank.

«They focused on showing the human side of my father, in addition to his successes. I think he’s very good. But at the same time, it’s very hard for me to watch.»

In 2021 a documentary was released on Netflix in which many details of Michael’s career were shown.

«They focused on showing the human side of my father, in addition to his successes. I think it’s very good. But at the same time, it’s very hard for me to watch it. It shows how much soul and evocative emotions there are in this film,» said Mick in an interview with the Frankfurter Allgemeine newspaper.

Schumacher’s son drove for Ferrari-backed Hass until 2022. Most recently, he wrote as a reserve driver for Mercedes, whose main driving teams are Lewis Hamilton and George Russell.

In the documentary about the seven-time Formula 1 champion, his wife, Corinna, referred to how he lives the current situation: «Everyone misses Michael, but Michael is here. I think that makes us find strength.» . , she said.

This was the career of Michael Schumacher

Schumacher He will be 54 years old this Tuesday, January 3. He made his F1 debut with the Jordan team in 1992, with which he only contested one race, and then moved to Benetton, in which they made their first two world crowns, in 1994 and 1995.

(Also: Tiger Woods: the myth that transformed golf and the man who suffered it)

Ferrari hired him in 1996 and his presence forced to change practically its entire structure, until he achieved a five-time consecutive championship, between 2000 and 2004. He was there until 2006. He returned to F1 with the Mercedes team, between 2010 and 2012.

The arrival of Lewis Hamilton to that squad left him without a team and there he announced his retirement. The Briton equaled his mark of seven world titles and came close to surpassing it in 2021. He ultimately lost the crown to Max Verstappen on the last lap of the last race of the year.