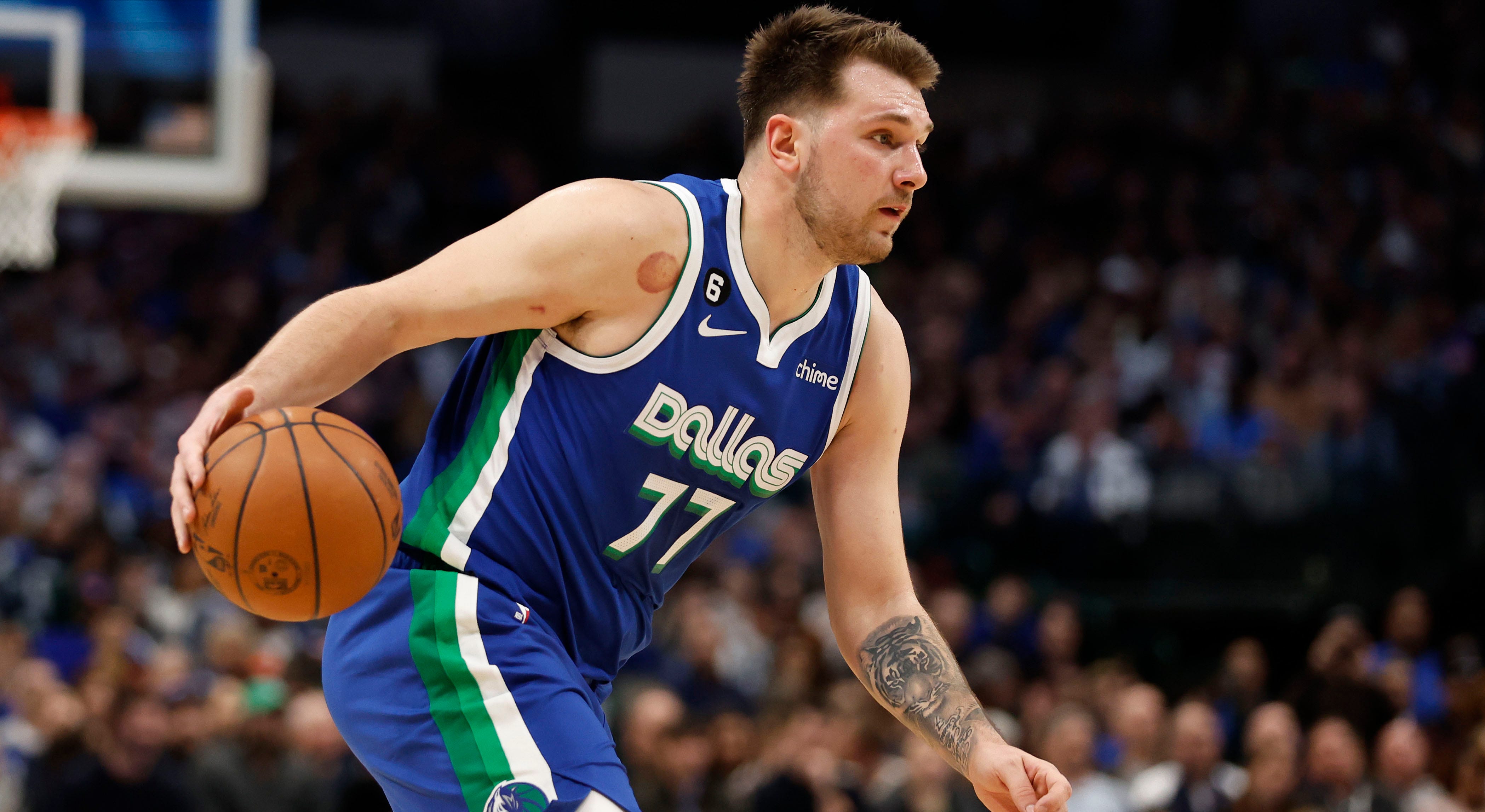 The NBA world was stunned when it saw Mavericks superstar Luka Doncic’s stat line after a thrilling overtime game against the New York Knicks that resulted in a win for Dallas.

Doncic scored 60 points, including the game-tying stunt shot to send it into overtime, with 21 rebounds and 10 assists for the first triple-double to look like this on the scoreboard. He shot 21 of 31 from the field, registering two steals and a block in the win.

However, the stat line didn’t really impress a radio personality.

Dallas Mavericks’ Luka Doncic (77) drives to the basket against New York Knicks’ Mitchell Robinson (23) in the second half at American Airlines Center on December 27, 2022 in Dallas, Texas.
(Tim Heitman/Getty Images)

Christopher «Mad Dog» Russo dismissed the idea that Doncic’s performance was the greatest single performance of all time, and had a few examples to back up his argument.

«I know you want me to go out there and find other games, and I’ll try to find a couple for you guys. But listen, he only made 31 shots,» he said on ESPN’s «First Take» Wednesday morning. “He only hit two triples. He made a great basket at the end of the rebound.

Russo did not finish during the segment. He went on to rattle off performances that he considered better than Doncic’s.

«What if [Larry] Bird, friend? He had 60 against the Hawks. The game was in New Orleans at a neutral site. He scored 32 points in 14 minutes.

«There’s nobody else in Dallas who can score besides Doncic. But listen, I’m not going to go crazy. I’d like to go crazy. But what about the Knicks? Here’s a stat. You know that, over the last 30,887 NBA games, and this is from Colin Russo, my little boy of 20. Did you know there’s never been a team that blew a nine-point lead with 35 seconds or less to go in a game?

Luka Doncic of the Dallas Mavericks dribbles the ball against the New York Knicks in the second half at the American Airlines Center on December 27, 2022 in Dallas, Texas.
(Tim Heitman/Getty Images)

Regardless of Russo’s opinion, Doncic’s performance goes down in Mavericks history as the highest-scoring game by any player.