James Rodríguez: goal with Olympiacos and analysis of his career in 2022 – International Football – Sports 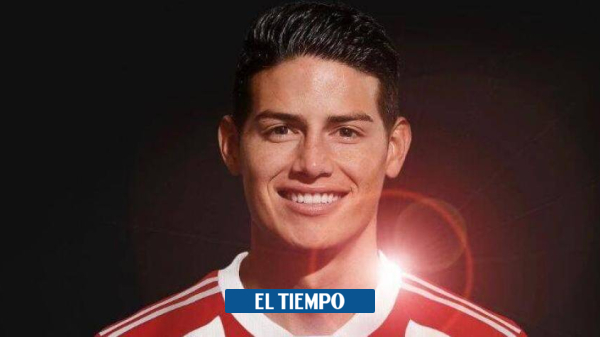 James Rodríguez played his last game of 2022 with Olympiacos from Greece and closed the year with a good performance, in the 5-0 against Asteras. He scored a goal that reminded us of his best moments and then provided an assist in a play that could perfectly enter the summaries that many newscasts on December 28 did yesterday.

The Colombian celebrated on his social networks: “Closing the year in the best way. 2023 ”, he wrote, with a couple of photos of a controversial goal celebration of his.

When he marked it, he gestured towards the grandstand, as if something said to him from there had bothered him. Then he slapped his hand, visibly angry.

Despite this, James seems to have found continuity again in Greece. Since he arrived, he has only missed one league game with Olympiacos, although he still hasn’t been able to play a full game: yesterday he replaced him in the 72nd minute and that also made him leave the pitch in disgust.

James in Greece is not James in Qatar

James has played 11 games with his new club, in which he scored three goals, including yesterday’s, and provided a couple of assists. The SofaScore portal described him as the figure of the party and gave him 8.8 points.

The Greek press also praised her performance. “Slow when he doesn’t get the ball, but when he goes through his legs he gets some of the ‘magic’ from his left foot. A goal and an assist, the ‘cash’ for the Colombian virtuoso”, wrote the media outlet Ton Son Sports.

Until now, what James has done at Olympiacos is an oasis after a year to forget in Qatarwhere he arrived as a great figure of Al Rayyan and as one of the faces to show in the World Cup that was coming.

However, her performance there was far from outstanding. Although while he was on the field he had good numbers, he did not have continuity.

He was in 16 games, with five goals and seven assists.

But Al Rayyan’s campaign was very poor, to the point that they were fighting not to be relegated and that the coach, the Frenchman Laurent Blanc, had to leave office due to poor results.

James was little forgotten in Qatar and, in fact, He spent six months without playing an official match. He reappeared, as a substitute, on 7 September against Al Markhiya, in what was ultimately his last match for Al Rayyan.

After a failed attempt to return to Spain, and a strong campaign on social networks with friends they left in that country to try to force a contract for Valencia, James ultimately worked with Olympiacos, where, also from the outset, he had setbacks. .

His coach, Carlos Corberán, left office just one game after the arrival of the Colombian.

His replacement, the also Spanish Miguel González ‘Michel’ praised the Colombian and the Brazilian Marcelo from the outset.

«I assure you that a very good afternoon from Marcelo and James awaits us, and above all, that they are going to leave a legacy at this club, they are very special people,» he declared in his presentation. James has responded: in October he was chosen as the best player in the league.

in the selection, James did not shine in the tie and the team was left out of Qatar 2022. He scored only one goal in an official game this year, from a penalty, against Venezuela. However, the new DT, Néstor Lorenzo, trusts him and the other veterans.

«You must take advantage of the experience of those who are physically there to compete and they know that they have a greater responsibility for what they did, for the fame, for what they won. They assume it and that is part of the commitment,» he said. It’s up to James to maintain that upline.