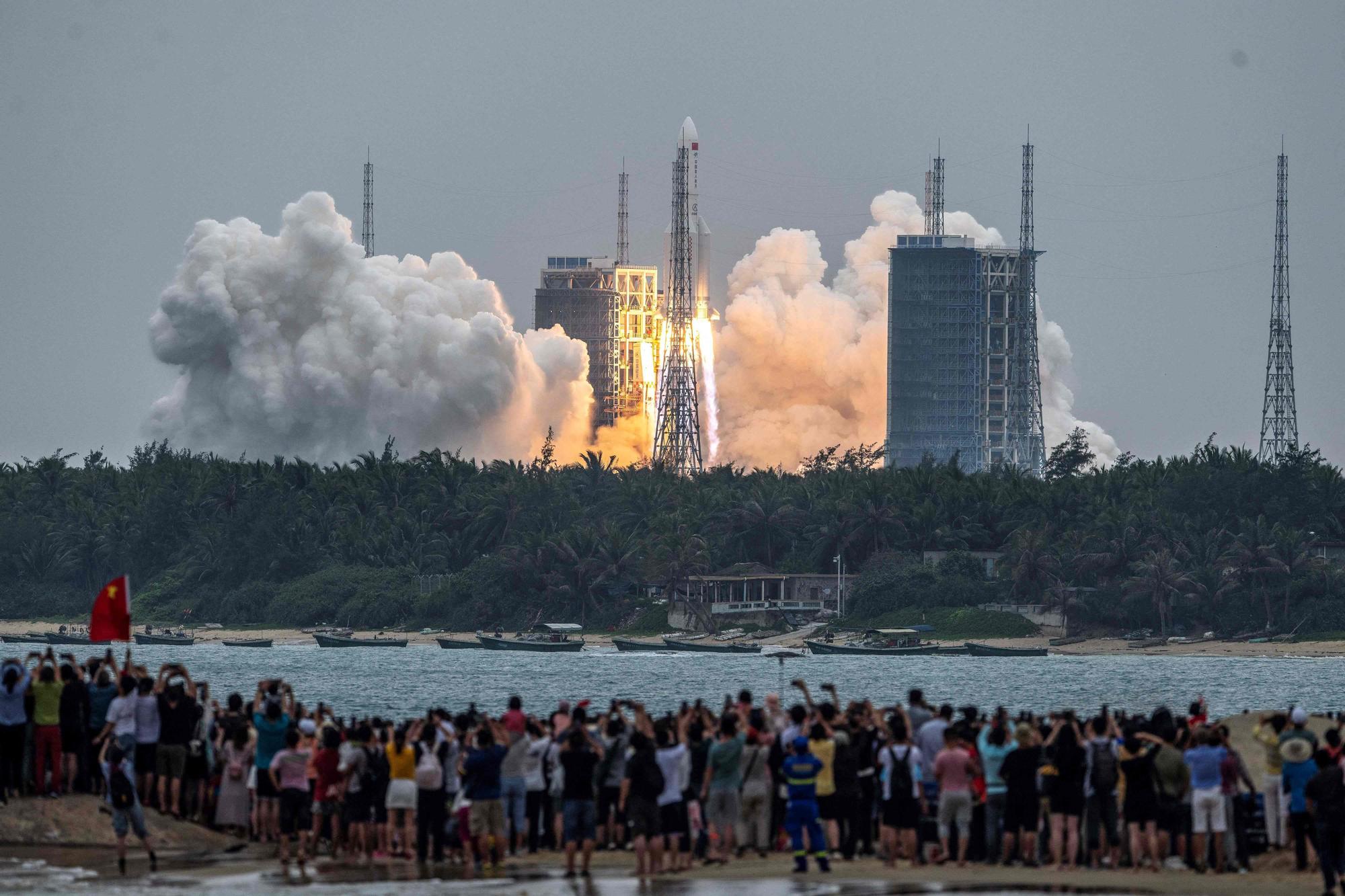 Spain has witnessed a phenomenon that the scientific community has been warning about for some time: the danger of the uncontrolled fall of huge pieces of space junk on the earth’s surface. This Friday, the discovered re-entry of the fragments of a Chinese rocket has forced the closure of a good part of Spanish air traffic. It’s not the first time That the world holds its breath for something like that. In the last two years, this it’s the fourth time that the remains of a Chinese space vehicle threaten crash into populated areas of the planet Or at least very close to them.

All incidents of this type detected in recent years have to do with the same project. china is building own space station to disengage from the international platform shared with Europe, the United States and Russia. To assemble this monumental project, the Chinese space agency has already carried out four launches with its gigantic Long March Rocket 5B: one extra space vehicle 56 meters high and some twenty tons of pesos. The scientific missions themselves have been successfully completed, since they have managed to put into orbit and assemble various modules of the future station. But what happens to the space rocket once it has finished its mission? That is where the problem begins.

The final destination of these types of missions is clear. When the rocket finishes its task, it disintegrates. A part of the remains remain floating in space (and are defined in what is known as space junk). Others, attracted by the terrestrial gravity, re-enter the atmosphere. The smallest pieces disintegrate suddenly. The largest fall somewhere on the planet. The vast majority are lost in the ocean. The probability of any of these debris falling into populated areas of the planet is so remote that, according to experts, you are more likely to win the lottery than seeing you hit by a space object.

The May 11, 2020, while half of humanity was confined by the explosion of the covid-19 pandemic, the remains of the first space rocket sent to assemble the Chinese space station fell on an African village. The May 9, 2021, the remnants of the second launch fell near the Maldives. The July 30, 2022, the third flight used a debris fallout near Indonesia and Malaysia. The fourth and final release It has flown over Spanish territory, although it is still not clear where exactly it will land. Hence the expert concern.

At this time, according to the scientific community, there are no laws or international treaties to regulate this type of event. Nor is there any regulation that clearly obliges space agencies to take responsibility for possible damage caused by debris from their missions (either the costs derived from the temporary closure of air traffic or the breakdowns caused by an eventual impact).

Another of the complaints that are on the table is the China’s lack of transparency in this whole process. Neither the space agency nor any other official government body has officially ruled on the uncontrolled fall of the remains of its mission (except to reproach the «exaggerated comments» that are spreading in Western countries). The tracking of the remains is being carried out by independent entities.

«China should warn before such a large element can fall»

«China should warn before such a large item can fall, instead of always having to be detected remotely, with the detection and observation radars in space. China has to be more cooperative and when you have such a large item of hardware coming down on Earth, notify in sufficient time. Even if you know what the trajectory is, saying it,» explains javier gomez elviraaeronautical engineer and former director of the INTA Payloads and Space Sciences department, in statements to the Science Media Center Spain.

The Chinese space agency is not the only entity that has been criticized for the lack of control of its space debris. A few months ago, something very similar happened with a SpaceX mission. Similar cases have also occurred with other space projects and entities. according to calculate a recent study published in ‘Nature Astronomy’the increase in space missions has increased, collaterally, this type of events. In the last thirty years, the risk of space debris falling on the surface of the planet has multiplied between 6 and 10%.

Green comet: this is how it is seen in its passage near Earth