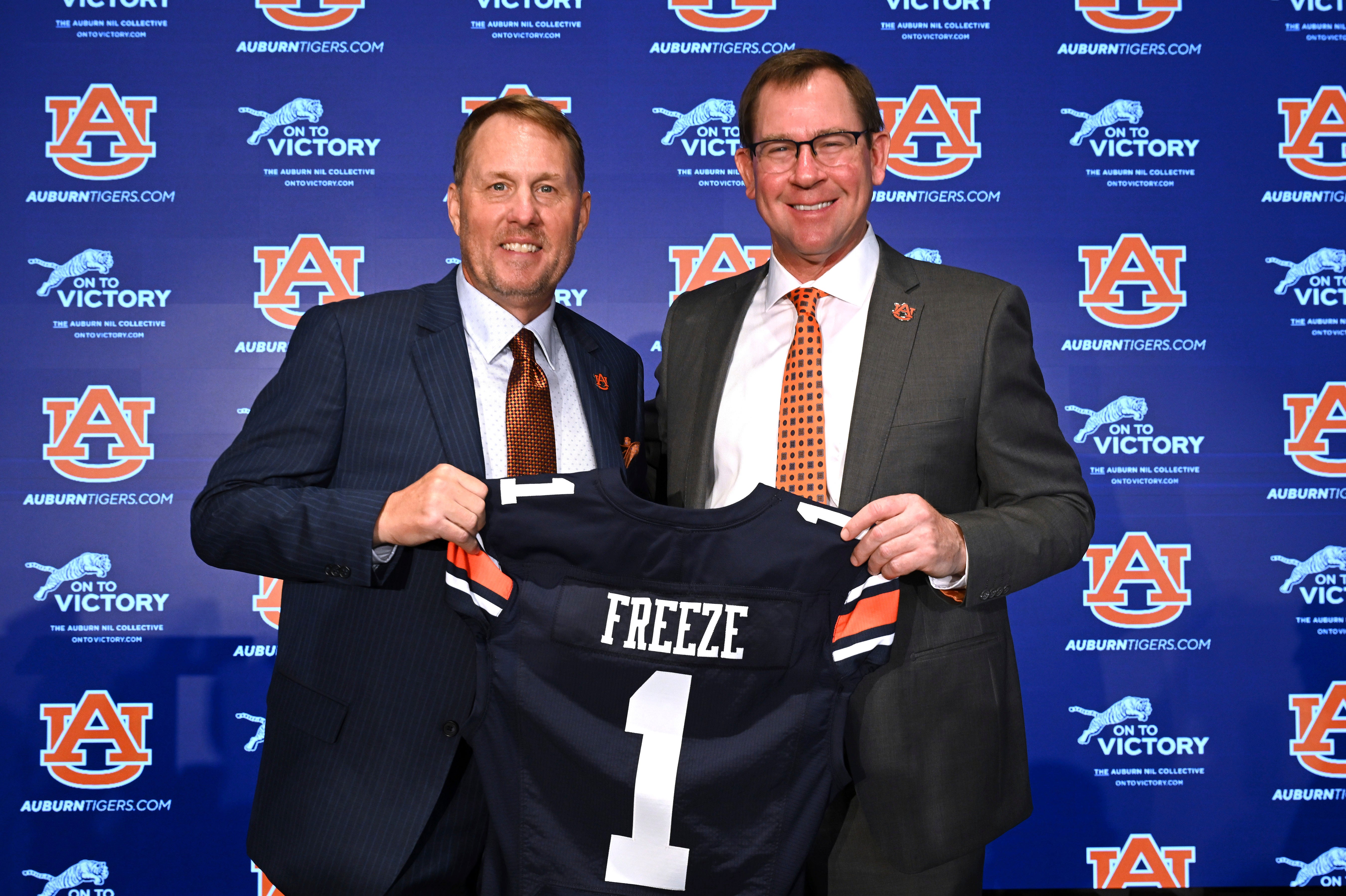 Hugh Freeze is the new Auburn head football coach and the stories are plentiful.

Freeze returns to the SEC after resigning as Ole Miss head coach prior to the start of the 2017 season after a «pattern of personal misconduct» was discovered, including that Freeze had made calls to numbers associated with an escort service from his work phone.

It’s also no secret that Auburn was interested in current Ole Miss head coach Lane Kiffin and turned to Freeze after Kiffin signed a new agreement stay in Oxford, Mississippi.

And then there are the stories that will take place between the lines on the football field.

It’s been three years since the Tigers found a way to beat Nick Saban and the Crimson Tide, and the Auburn faithful are hopeful that the show has found the right man to flip the script.

Freeze has defeated Saban twice in his career, scoring back-to-back wins over Alabama in 2014 and 2015 while at Ole Miss.

He understands the importance of the Iron Bowl and told reporters in his introductory news conference that he welcomes the challenge Alabama presents.

«You don’t take this job if you’re not built to want it,» Freeze said when asked about future clashes with Saban. «I welcome it. I want it. I want to be in that arena.»

«I have great respect for Nick,» he continued. «He and Mrs. Terry have been great friends to us too, but I hope they’re a little nervous today.»

Freeze takes over The Plains after going 34-15 at Liberty University in four years as head coach.

Auburn hasn’t won more than nine games since the 2017 season.