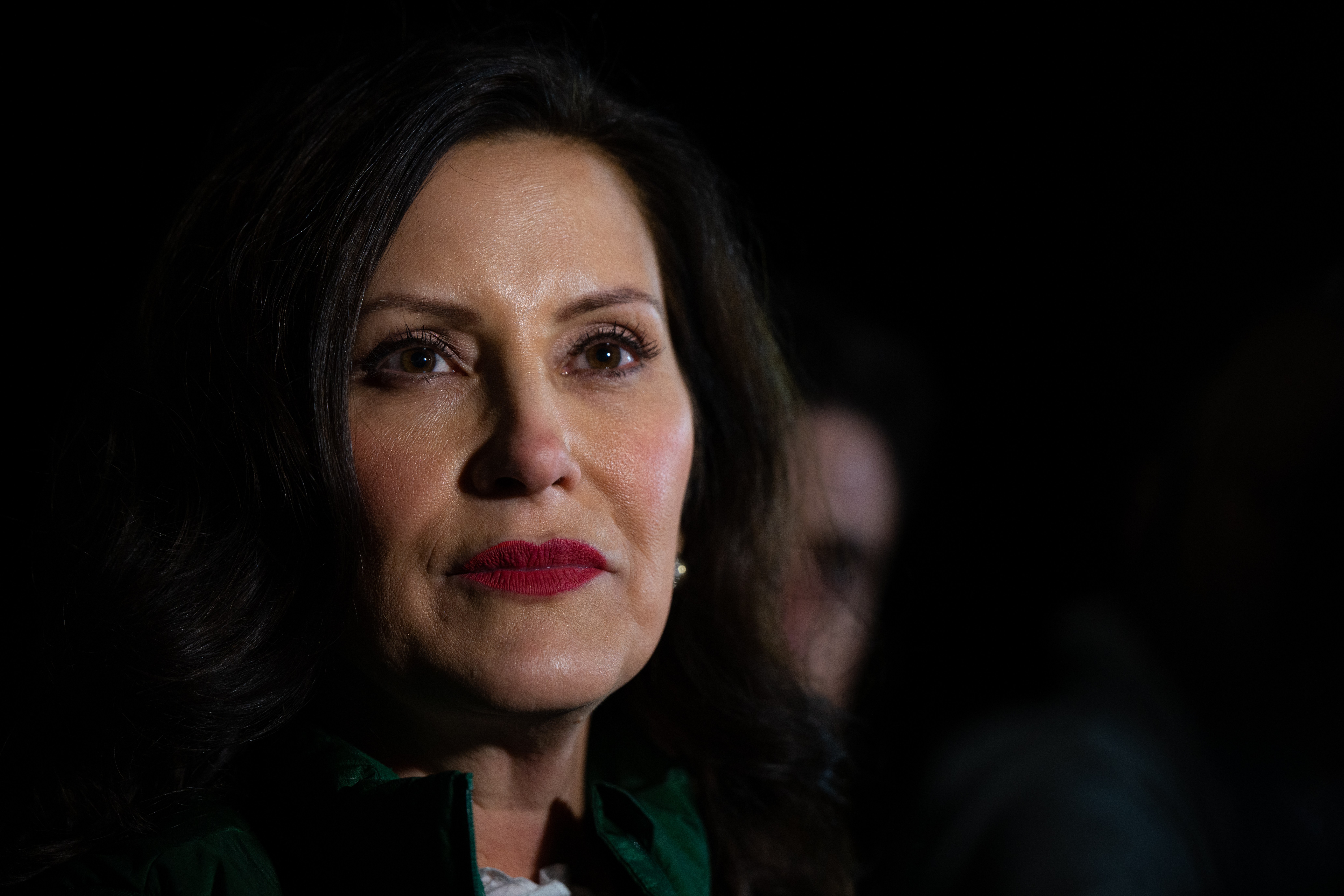 “It’s important to show that yes, we are serious about solving problems,” Whitmer told POLITICO on the sidelines of the Democratic Governors Association winter meeting earlier this month. “This is the first time in 40 years that this opportunity has presented itself. And we are aware of that.»

In the brief interview, Whitmer said she wanted to «stay focused on the fundamentals» for the next two years and build on her first term. She set general principles such as focusing on economic development and public education.

State Sen. Mallory McMorrow said Michigan Democrats can “signal to the rest of the country that in a state as important as Michigan, for the next two years as we get closer to 2024, this is what it looks like when the Democrats are in charge.” . McMorrow, who rose to national fame after a viral speech, added that his party could «state the case not just here, but to the rest of the country, which is why we need to take back Congress and re-elect a Democratic president.» .

But Whitmer also sounded a note of caution. «I’m also very sober about the fact that it’s a two-seat majority of both houses,» she noted, adding that the agenda must be «disciplined.»

At a roundtable with a handful of reporters in Washington earlier this month, incoming State Senate Majority Leader Winnie Brinks and new State House Speaker Joe Tate laid out a number of policy areas. on which the Democrats would focus. Tate mentioned the expansion of the Earned Income Tax Credit. Brinks wants to pass new laws to curb gun violence and «affirm LGBTQ rights.» She also wants to enact legislation implementing the recent voter-approved constitutional amendment codifying abortion access in Michigan.

Another major focus will be on work, from raising the minimum wage to expanding unemployment benefits. (When asked about repealing «right to work» laws, which allow workers to opt out of unions, Brinks said «everything is on the table.»)

Democrats are also expected to revise the state’s election and ethics laws, which coincides with another voter-approved ballot measure that codified early voting. The proposition also says the state canvassing board had a ministerial duty to certify the election results, after significant drama surrounding the process after the 2020 election.

“As we head into 2024, nothing could be more important than making sure everyone who shows up to work on our elections, from now until the general election, knows they are protected,” said Michigan Secretary of State, Jocelyn Benson, in an interview. . Benson said she is preparing to push through legislation to protect poll workers from threats and review other state ethics and voting laws.

The Democrats face a number of obstacles despite enjoying the control of a single party. His legislative wish list is long and his majorities are slim, and there will be pressure to keep the party together.

“We’re like a family, we’re going to have our disagreements,” Tate said. «But at the end of the day, I think we can all understand that this is a great opportunity to improve the lives of Michiganders, and just start to scale things back as we go.»

Also, this is unfamiliar territory for the party: It’s been more than a decade since the Democrats held the state House and 40 years since they controlled the state Senate.

State term limits also sparked turmoil among lawmakers (although voters approved a ballot measure loosening those limits this fall). No legislators from either state legislature were in office the last time Democrats were in control of that body.

“There are so many new members,” Whitmer said. “I think there is going to be a lot of important organizational work that needs to be done, to get the caucuses ready to start pushing the agenda, chair committees and even process things.”

Democratic leaders are wary of trying to take on too much at the outset, given that both caucuses need to develop the necessary staff and infrastructure to command a majority.

There’s “40 years of pent-up politics, people are really itching to move,” Brinks said. “And one thing I have to find myself saying all the time is, ‘Yeah, but let’s get it right. Let’s be thoughtful, let’s be thorough, let’s get the job done ahead of time.’”

Even as the Michigan Republican Party is trapped in
turmoil after statewide removal
, opposition to some of the Democrats’ plans is already seeping in. And Democratic leaders said they hope conservative-leaning groups will challenge the new laws in court in the future.

“We’ve been focused on, ‘Well, what are some of the issues where there’s really a lot of partisan disagreement?’ And the right to work is at the top of that list,” said Jarrett Skorup, senior director. of marketing and communications at the Mackinac Center for Public Policy, which describes itself as a «pro-free markets» think tank. “I don’t think it’s something that Democratic politicians have campaigned on. It certainly wasn’t mentioned during the gubernatorial race.»

Skorup added that he hoped Democratic majorities would revive talks on criminal justice reform in the state. He also said the slim majorities Democrats have in both houses mean Republican lawmakers will continue to play a big role in Lansing.

Democrats are also well aware that they have little room to spare with their slim majorities.

“The day after the election, I addressed the two new caucuses. I reinforced the fact that yes, this is historic, but I don’t want to hear anyone talk about a mandate,” Whitmer said. «We have a two-seat majority in both chambers, and that’s also something we need to keep in mind.»