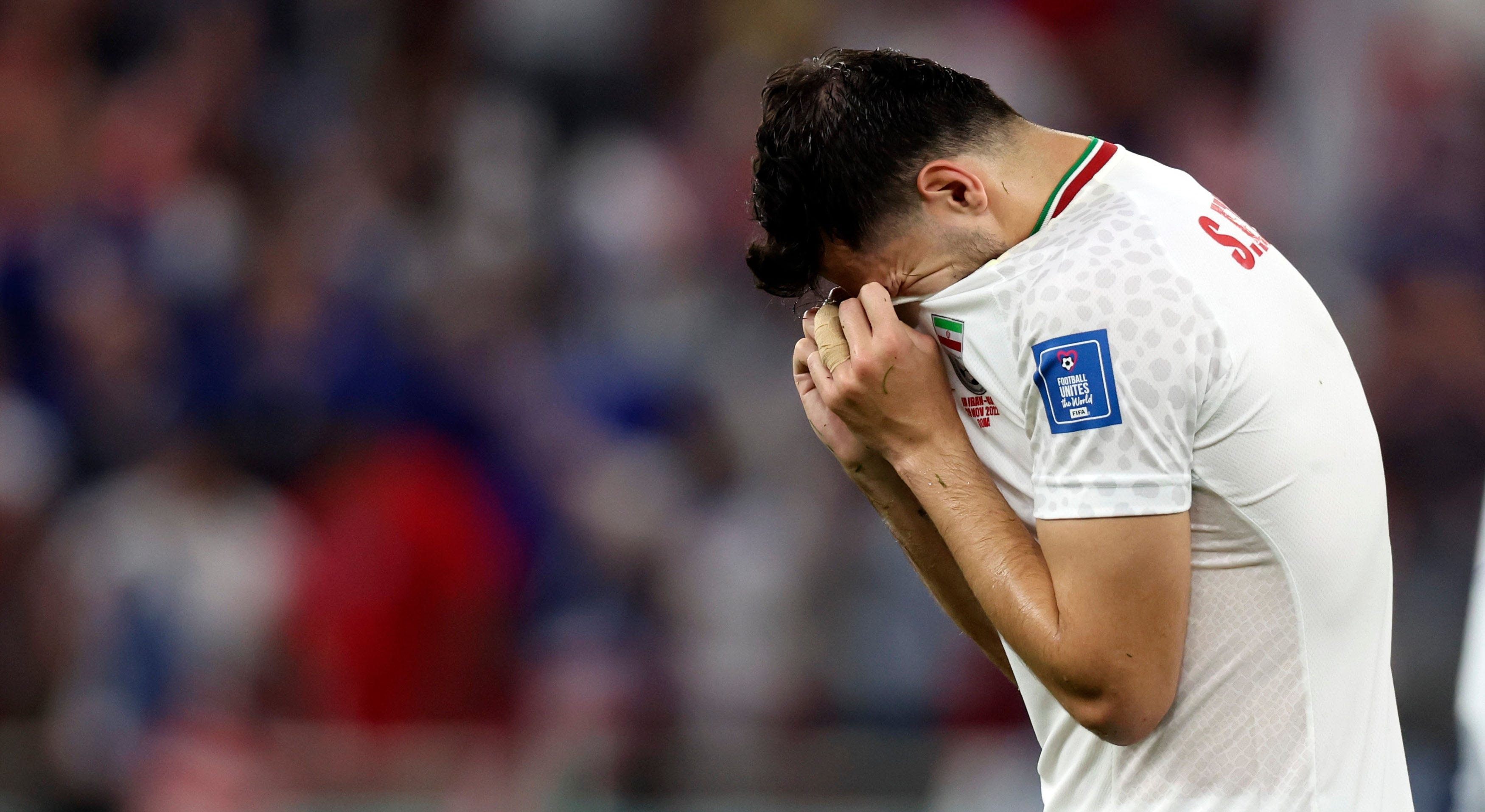 Security forces reportedly killed a 27-year-old Iranian man in northern Iran after honking his car horn to celebrate the country’s elimination from the 2022 World Cup in Qatar following their 1-0 defeat. before the United States.

Mehran Samak was in Bandar Anzali, northwest of Iran’s capital Tehran, where human rights activists say he was shot in the head by security forces, according to The Guardian. This occurs when many Iranians protest against the Iranian regime. Samak was one of many across the country who celebrated the loss on the streets.

The death of a 22-year-old woman, Mahsa Amini, has sparked protests across the country. She was arrested by the morality police in Iran for allegedly violating the country’s conservative dress code because she was not wearing a hijab. Amini died while she was in custody.

Iranian fans wave flags as they gather at the Imam Khomeini airport in Tehran on December 1, 2022 to greet the Iranian national team upon their return after competing in the Qatar 2022 World Cup.
(Hadi Zand/ISNA/AFP via Getty Images)

«Women, life, freedom» has now become the rallying cry, and protests in Iran have spread to Qatar, where tensions between activists and supporters of the current regime have been on public display.

Activists saw the loss to the United States as a blow to the government.

USA GOES TO KNOCKOUT PHASE WITH VICTORY OVER IRAN

Ezatolahi went viral after the final match. Footage showed Josh Sargent and DeAndre Yedlin of the United States comforting him on the pitch. Timothy Weah also reached out to him to share a few words after the win.

The next day, Ezatolahi shared an Instagram story of a childhood photo with Samak, saying in Arabic, «After last night’s bitter loss, the news of your passing set my heart on fire.»

He added: «Someday the masks will fall, the truth will be revealed.»

The Iranian players have not had the happiest moment in Qatar. They were reportedly subjected to threats against their families after remaining conspicuously silent during the team’s national anthem in their opener against England, which they lost 6-2.

WORLD CUP 2022: IRANS CHEER US ABOUT THEIR COUNTRY AMID ONGOING PROTESTS

After threats from the government, they sang the anthem but with severe expressions. They then defeated Wales, 2-0, in their second Black Friday game.

Additional security was needed outside the stadium ahead of their match against the US, with The Guardian adding that the guards would have the Iranians unfurl their flags before entering. Some flags had the symbol of the Islamic Republic in the middle, others did not.

The US team posted graphics on social media without the symbol, saying it was «support for women in Iran fighting for basic human rights,» but later retracted it due to backlash from regime supporters. current.

Saeid Ezatolahi of Iran looks dejected after a Group B match between Iran and the United States at the 2022 FIFA World Cup at Al Thumama Stadium in Doha, Qatar on November 29, 2022.
(Cao Can/Xinhua via Getty Images)

The United States advances to the round of 16, where it faces the Netherlands on Saturday, while the Iranian team returns home, where tension between activists and the regime remains high.