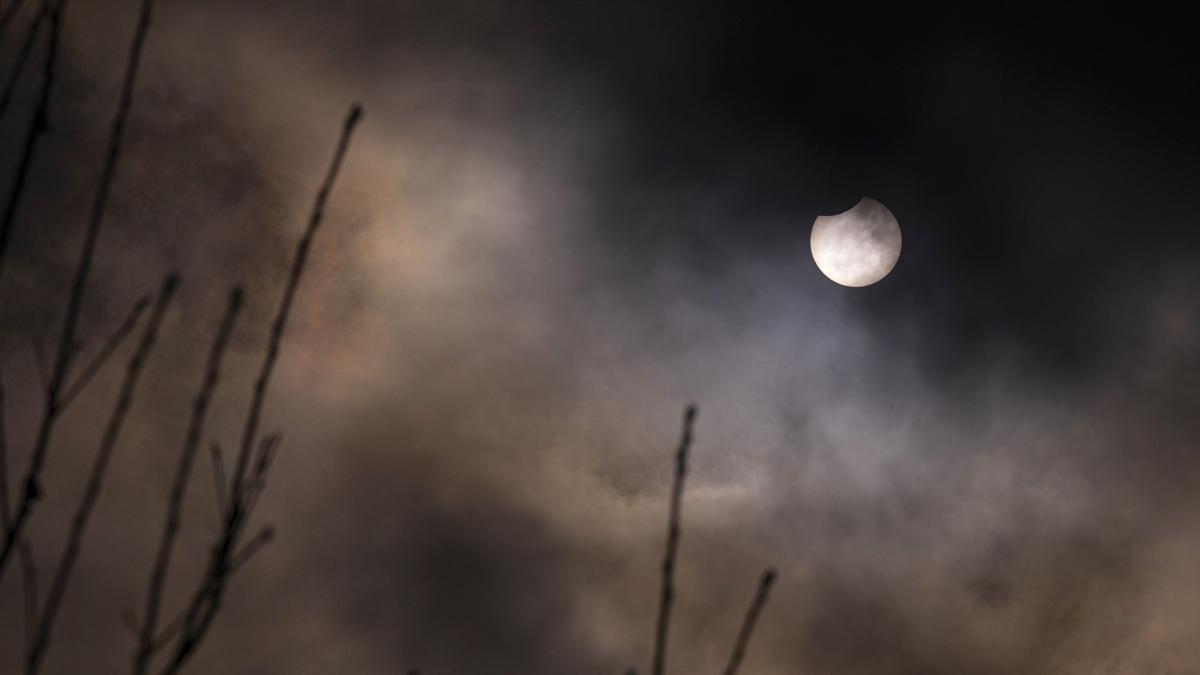 This Tuesday, October 25a spectacular arrives visual phenomenon in barcelona and part of the eastern, northern and northwestern regions of Spain: the Moon will cover a part of the Sun during noon and a partial solar eclipse.

An eclipse occurs when there is a perfect alignment (or almost) of the Sun, the Moon and the Earth itself. If one is given Sun-Earth-Moon alignmentit is our satellite that enters the shadow of the Earth and we have a lunar eclipse. if the alignment is Sun-Moon-Earthit is the moon that leaves us in the shadow and a Sun eclipse.

The one of this Tuesday is partial and will be covered near the 82% of the solar disk. That is, the sun will be seen crescent shaped and you will have one Approximate duration of 244 minutes (just over 4 hours).

However, in Spain it will reach a maximum magnitude of 0.12 in Girona, 0.10 in Barcelona and below 0.10 in the rest of Catalonia, the Balearic Islands, Aragon, Navarra, La Rioja, the Basque Country, Cantabria, Asturias and the north of the Valencian Community and Castilla y León.

The astronomical phenomenon in Spain begins at 11:33 a.m. Peninsular timehaving his maximum apogee at 12.07 in Barcelona and ending almost at 12:43 p.m.