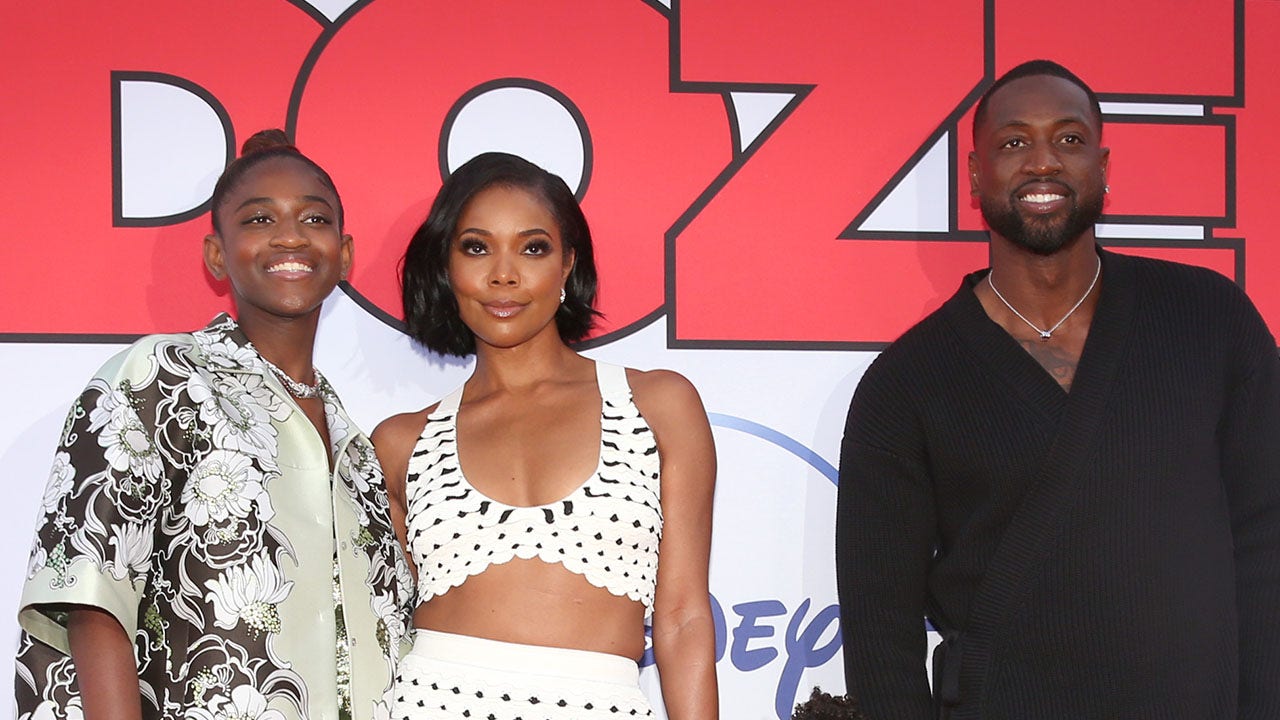 In a recent court filing, Dwyane Wade says it is «in her best interest» to have her 15-year-old transgender daughter, Zaya, legally change her name and gender.

The filing was in response to his ex-wife, Siohvaughn Funches-Wade, who earlier this month tried to prevent Zaya, who was born Zion, from receiving an updated birth certificate.

«This Petition is not about Siohvaughn or Dwyane or their previous marriage, it is about what Zaya wants and what is in her best interest. This Petition is about empowering Zaya to live her truth,» the document states.

Zaya Wade, Gabrielle Union and Dwyane Wade attend the world premiere of «Cheaper By the Dozen» at the El Capitan Theater in Hollywood, California on March 16, 2022.
(Jesse Grant/Getty Images for Disney)

The Miami Heat legend said Zaya has identified as a female since she was 12 years old, and a name/gender change will allow her to live a more comfortable lifestyle without «being clouded by the doubt that comes from checking a box or signing a name». It doesn’t reflect her identity.

«A court order affirming her identity will allow Zaya to live more comfortably and honestly in all aspects of her life, from simple introductions and food orders, to applying for a driver’s license and completing college applications,» he says. the presentation.

Funches-Wade argued that her ex-husband is trying to cash in on Zaya’s transition, and he «may be pressuring» Zaya about possible «financial opportunities,» allegations the former NBA star called «absurd» and » defamatory in its essence».

Miami Heat’s Dwyane Wade poses for a photo with his wife Siohvaughn during the Heat’s NBA championship parade at the American Airlines Arena on June 23, 2006 in Miami, Florida.
(Issac Baldizon/NBAE via Getty Images)

The two were married in 2007 but divorced in 2010, and have recently had a war of words about Zaya.

«I have given her the opportunity to communicate with Zaya’s teachers, doctors and therapist over the years and even meet her friends, so she can understand for herself what our daughter needs for her LIFE! She will not!» Wade wrote in an Instagram post earlier this month. «She hasn’t been to a school, recital, graduation, school dance, play date, practice, parent-teacher conference, etc. and Zaya has given her every opportunity to try to get to know her. She won’t!»

«As a woman who claims to be a good Christian mother, I still haven’t seen her make any sacrifice or effort to leave her own home and be involved in her children’s lives in over a decade. Zaya is no longer the same 3-year-old girl .and she’s screaming that to the world, but most importantly to her mother! No one in our house would force Zaya or any of our children to do anything against their will, let alone force them to have an identity.This It’s not a game for my family and definitely not for Zaya. This is her life! All along my wife and our town have been her support in helping her pick up the pieces after heartbreak after heartbreak!»

Miami Heat’s Dwyane Wade during a game against the Orlando Magic at American Airlines Arena on April 13, 2015 in Miami, Florida.
(Mike Ehrman/Getty Images)

A hearing on the matter is scheduled for December in Los Angeles.