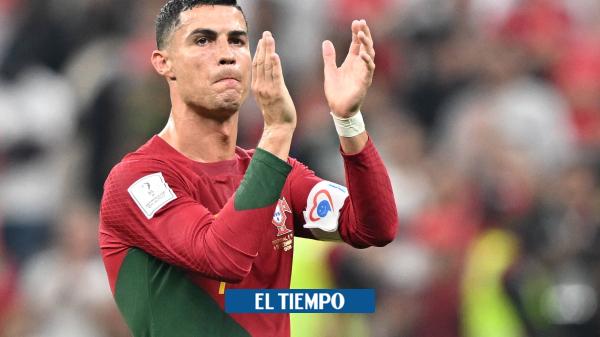 the novel of Cristiano Ronaldo still has pending chapters to write. The last few months of his have been stormy for his sports career. He went out the back door of the manchester United, After an interview in which he left the team coach in a very bad light, Erik TenHag.

The Qatar World Cup 2022 Nor was it a bed of roses for the Portuguese, who ended up being relegated to the substitute bench by DT Fernando Santos. The team said goodbye to the tournament in the quarterfinals, after losing 1-0 against Morocco.

The Portuguese hoped to quickly find a new option to continue playing at the highest level in Europe, but for now no door has been opened for him, beyond a version of a possible return to Real Madrid that has not been confirmed.

The possibility of reaching al-nassr, from Saudi Arabia, with a multi-million dollar contract, now seems to be the most viable for CR7. Press versions assure that he would be presented as a new player for that club on January 1st. It should be remembered that the Colombian goalkeeper acts in that club

Cristiano Ronaldo would meet again with another Real Madrid figure

Now, according to the Spanish newspaper Marca, Cristiano would not be the only objective of Al Nassr. In that club he could meet again with one of his teammates in the moments of glory at Real Madrid, the Spanish central defender Sergio Ramos.

The president of the club and the sports director of Al Nassr will travel to Madrid to try to convince the defender, who in theory can offer offers since he terminates his contract with Paris Saint Germain on June 30, 2023.

The problem? Ramos established themselves after a year of injuries and complications and now he looks like the ideal partner for Mbappé and Hakimi to once again seek the longed-for Champions League title and, as a final goal, return to the Spanish National Team. He can hardly match the Arab club such an expectation.

But it is also true that at 36 he must think about matters such as the financial closure of his career, that no one at PSG spoke to him about renewals and that, six months after the end of the relationship, is a great concern, which except Messi as world champion, the veterans are up to date and a million-dollar proposal, together with a crack like CR7, can be a unique opportunity.

The Al-Nassr project, which also has Frenchman N’Golo Kanté, world champion with France in 2018 and who missed Qatar 2022 due to injury, in the folder. Kanté terminated his contract with Chelsea in June 2023. They offered him a two-year contract plus an optional one, but for now, the player has not accepted the offer.