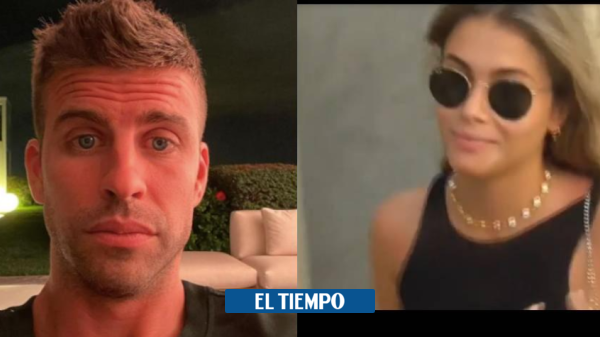 Until a few months ago, the name of Clara Chia Marti was absolutely unknown. However, today it is on the lips of all the followers of the Colombian singer Shakira and the Spanish ex-soccer player Gerard Piqué.

Shakira and Píqué announced their separation on June 4, after 12 years of relationship. “We are sorry to confirm that we are separating. For the well-being of our children, who are our highest priority, we ask for respect for privacy. Thank you for your understanding,» they said in a statement.

Since October 2021, when the couple was last seen together, rumors of the end of the relationship began. And little by little the causes began to appear. Months later, he made sure that Piqué had a new partner: Clara Chia Martí.

Some versions suggest that Piqué and Clara have been in a relationship for a year. In fact, on December 13 they would have celebrated their first year of dating. However, the issue began to be made public shortly after the statement confirming Shakira’s separation was issued.

Is Clara Chia with Piqué out of interest? This is the reality

Since then, the young woman has been accused of being to blame for the separation and that her relationship with Piqué is the product of interest and not love, because, in addition to what he won in football, the former player has also ventured successfully in various businesses through his company Kosmos.

Interest seems to be far from reality. According to the entertainment portal Who, Clara Chia, 23, comes from a wealthy family in Barcelona and, in fact, her parents live in one of the most exclusive areas of the city, San Gervasio.

«The property measures 90 square meters, an attic in a typical building from the 1960s, with an exposed brick facade and small balconies,» according to the portal. That same publication ensures that Clara’s parents work in the field of real estate and law.

Although Piqué’s girlfriend came from a wealthy family and was used to rubbing shoulders with Barcelona’s high society and luxuries, she preferred to keep a low profile. She liked shopping and spending time with her friends.

Clara Chia and Piqué still do not live together, but there are already several occasions when the young woman stays in the apartment that the ex-soccer player temporarily occupies in the upper area of ​​Barcelona, ​​waiting to buy a new mansion.