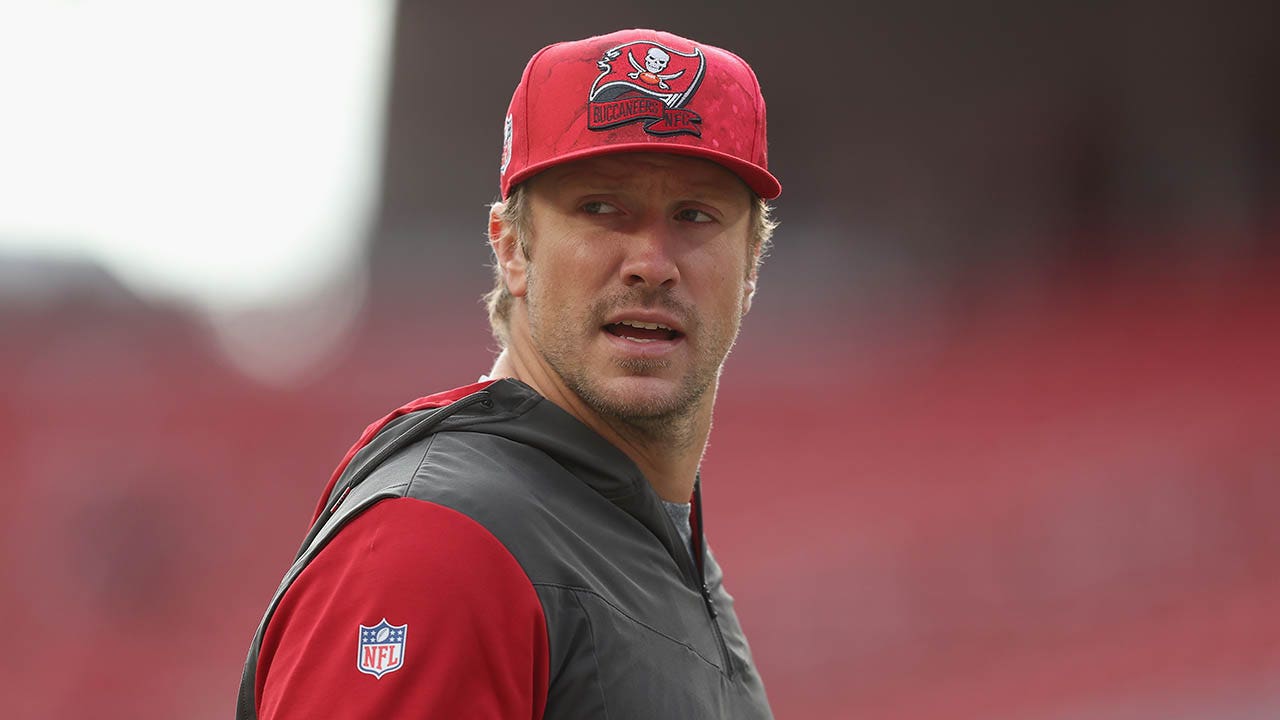 Tampa Bay Buccaneers Backup quarterback Blaine Gabbert was among bystanders who helped rescue four people after their helicopter crashed about 200 yards offshore and was «submerged in water,» according to a report.

tampa police responded to reports of a «helicopter submerged in that water» near Peter O. Knight Airport Thursday night, according to a news release.

Blaine Gabbert, number 11 for the Tampa Bay Buccaneers, prepares for a game against the Arizona Cardinals at State Farm Stadium on December 25, 2022 in Glendale, Arizona.
(Norma Hall/Getty Images)

Once on the scene, police located the aircraft «approximately 200 yards from shore» with four people on board.

In a statement to Fox News Digital, police said that «the pilot reportedly heard a loud noise, followed by loss of power.»

«No one was injured and the four occupants of the helicopter made it safely to shore,» police said in a tweet, adding that the investigation into the crash was ongoing.

However, according to FOX Sports Greg Auman, Bucs backup quarterback Blaine Gabbert, was one of the first to respond to the scene on a jet ski.

«They slowly brought us back to shore, a sandy beach near the yacht club, and we hung out for a while, they were really nice,» Hunter Hupp, one of the survivors, told FOX Sports. «We exchange pleasantries upon reaching level ground.»

«They were really an asset in helping us, because we were the only ones for a while,» he continued. «It was a handshake and a hug and ‘Thank you very much.’ They went out for a nice afternoon walk and came across a family of stranded helicopters.»

Tom Brady, #12 of the Tampa Bay Buccaneers, talks with Blaine Gabbert, #11, before a game against the Arizona Cardinals at State Farm Stadium on December 25, 2022 in Glendale, Arizona.
(Norma Hall/Getty Images)

Hupp, 28, also told the Tampa Bay Times that he was trapped under seat belts and ropes when the helicopter plunged underwater, trapping him for about a minute before he was finally able to escape and join his parents and the pilot who managed to surface.

Gabbert, 33, is in his 12th NFL season and has been a backup to tom brady since joining the Bucs in March 2019.